Catch the live action of 5th ODI of Tri-Nation Series 2016 between WI vs AUS here.

St. Kitts will host its second match of the West Indies Tri-Nation series and it will be played between the hosts West Indies and current no. 1 One-Day International (ODI) side Australia. So far, Australia have lost only one match and that defeat came against South Africa at Guyana. While, West Indies have played won one and lost one.

The Caribbean side defeated South Africa in the very first match of the series with their impressive bowling attack but failed with bat in their next game against Australia. West Indies need to win this game to keep themselves in the hunt for finals, on the other hand, if Australia wins this game, then they will be the first team to qualify for the final.

With the match being played at St. Kitts, one can expect some good batting and run flow which wasn’t happening at Guyana. The match will start at 10.30 pm (IST) and can be streamed live on TenSports.com. 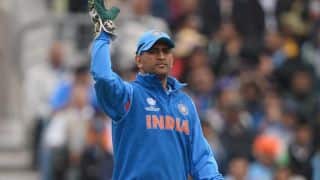