Catch the live action of 3rd ODI of the series between Zimbabwe and India here.

Two matches up and India have had a comfortable outing in both of those, notching up a 2-0 lead in the three-match One-Day International (ODI) series against Zimbabwe. The MS Dhoni-led Indian side will look for a whitewash while the severely criticised Zimbabwean side will hope to salvage some pride. ALSO READ: When MS Dhoni rode a policeman’s bike in Harare

India is fielding a second string side against Zimbabwe in order to test their bench strength. In the first game, KL Rahul became the first Indian batsman to score a century on ODI debut. In the second ODI, leg-spinner Yuzvendra Chahal, only in his second game, bowled India to a win and in turn clinched the Man-of-the-Match.

India will look to make a few changes in their playing XI so that everyone in a bid to provide an opportunity to most members in the squad. Expect a few more debuts today. The match will start at 12:30 pm (IST) and will be streamed live on Ten Sports. 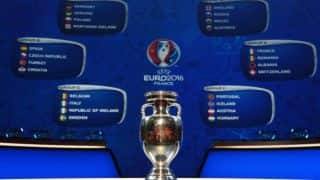