It's an interesting move by Pietersen as Lord's would have easily made it to many cricketers list.

England cricketer Kevin Pietersen made rounds on social media after tweeting his top 10 grounds across the globe in which the Mecca of Cricket — Lord’s was excluded. During a questions and answers session with his followers, KP was asked about his favorite cricket venues across the globe. He tweeted ten venues in which the home of cricket didn’t manage to find a place in the list. It’s an interesting move as Lord’s would have easily made it to many cricketers list.  He tweeted: READ MORE: Video: Virat Kohli-led All Hearts FC, Abhishek Bachchan’s All Stars FC share Celebrity Clasico 2016 trophy

Pietersen has been out of action as he suffered a calf injury in the recently concluded Indian Premier League. He is expected to take rest for few months and will be seen in action soon. Moments later Pietersen’s. the Lord’s Ground official Twitter account responded to this move by the elegant right-handed batsman and tweeted: READ MORE: Glenn McGrath believes England’s No. 1 pacer can edge past his Test record 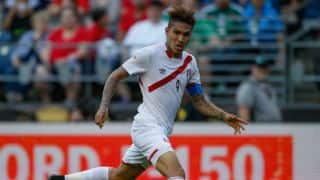