Ashwin’s reply suggested he took the criticism positively and taking inspiration from it, he would like to silence his critics by taking wickets in countries like Australia and England.

Ravichandran Ashwin has been on a roll of late. India’s ace spinner for quite some time now, Ashwin has emerged as team’s number one match winner, especially in Tests. His six Man-of-the-Series awards are a reflection of his growing stature in Indian and world cricket. The last of his sixth award came in the recently concluded Test series between India and West Indies. ALSO READ: VIDEO: R Ashwin dons journalist’s hat; asks Carlos Brathwaite question in press conference.

Celebrating his recent success, Ashwin posted a tweet through his official Twitter handle. But it was not taken too kindly by a Twitter troll, who visibly disagreed with Ashwin’s achievements, calling him a ‘spin-track bully’. He decided to reply to Ashwin’s tweet, knowing little that it will result in a war of words between the two. It all started with Ashwin’s tweet below:

A Twitter user named Sagar Dutt berated Ashwin’s effort claiming three of his six MOS awards have come against a depleted West Indies side. He was obviously wrong with his facts here, and Ashwin was quick to correct him.

Accepting his mistake, the Twitter troll asked Ashwin to perform in a similar fashion outside Asia, especially in countries like Australia, England and South Africa. To this Ashwin replied saying he ain’t interested in talking to the troll, but he will get back to him one day for sure.

@ashwinravi99 Ok my bad! But i want you to win this MOS in the countries like Australia and England! Thn we will talk

@iSagardutt I am not so keen on talking to u!!but I will mark this tweet one day.Tc

Ashwin’s reply suggested he took the criticism positively and taking inspiration from it, he would like to silence his critics by taking wickets in countries like Australia and England. If and when that happens, it will be a huge moment in not just his career, but also for the Indian cricket team. 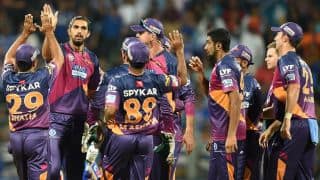 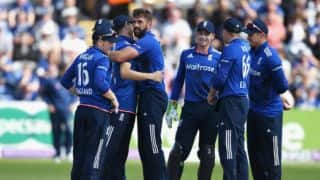