Pakistan skipper Misbah-ul-Haq’s unique way of celebration after plundering a ton and winning the first Test of their tour to England at Lord’s has taken the cricket fraternity by a storm.

Pakistan skipper Misbah-ul-Haq’s unique way of celebration after plundering a ton and winning the first Test of their tour to England at Lord’s has taken the cricket fraternity by a storm. Misbah did ten push-ups on the ground after scoring a ton and also became the oldest centurion. His whole team emulated the same act after defeating England at Lord’s. ALSO SEE: With Lord’s hundred and 10 push-ups, Misbah-ul-Haq keeps his promise to Pakistan army.

The act attracted enormous attention with few even expressing their annoyance towards it but it did not stop the Pakistan fans from expressing their joy.  A #MisbahPushUp  challenge has been kicked off and people are constantly tagging friends and followers on Facebook and Twitter to battle. ALSO READ: VIDEO: Misbah-ul-Haq rubbishes Shahid Afridi’s ‘no talent in Pakistan’ statement

The Pakistan Cricket Board’s (PCB’s) official Twitter handle posted an update where they threw a challenge to everyone:

Post your video of 10 push-ups for Pakistan. Use #PushUpChallenge & dare your friends to beat you! #DuniyaKoBataaDo pic.twitter.com/4EtRL1kbFo

Many cricketers were also spotted doing the same, as an Under-15 cricket team in Karachi was seen doing the push ups.

Former English skipper Michael Vaughan was also spotted taking up the challenge as Zee News Sports posted a picture of the same on their official Twitter handle.

Ahmed Shehzad, David Llyod all joined the bandwagon and the social media for now has a new trend.

My team is the best!! Pakistan Zindabad #PakvsEng #iBleedGreen pic.twitter.com/DHVojCjsTo 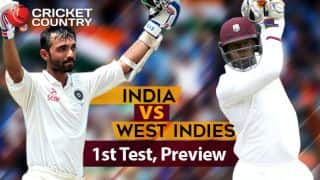