Whenever the media comes up with an uncanny or unusual question posed to him, Dhoni answers with an epic reply.

India’s limited over skipper MS Dhoni has truly mastered the art of humour. Whenever the media comes up with an uncanny or unusual question posed to him, Dhoni answers with an epic reply. Earlier, Dhoni took a dig at Australia journalist during the ICC World T20 2016 and now after a series whitewash against Zimbabwe in their den, Dhoni did something similar. Also Read: Secret of MS Dhoni’s enormous strength; Harbhajan Singh applauds

Dhoni has been playing cricket continuously since beginning of the year and after few days he will get a long break as he is no more part of Tests side. India is going to play plenty of Tests year. As reported by PTI, with a huge break coming for Dhoni, the media came up with up a question to  get an excellent reply as he said, “I think after a long time, I will take some time off cricket after this series (T20Is). Don’t think my daughter (15-month old Ziva) still recognizes me. I will make my daughter feel that I am her dad and spent time with family.”

He also spoke about India’s performance in this series and added, “I think the execution has been really good, and that’s the key factor. The fast bowlers and the spinners have taken wickets at some point of time and put pressure on the opposition, so I am happy with the bowling performance. I don’t mind winning games easily, that’s what you are supposed to do. It would have been nice if a few of the other batsmen would have had a break.” Also Read: When MS Dhoni rode a policeman’s bike in Harare 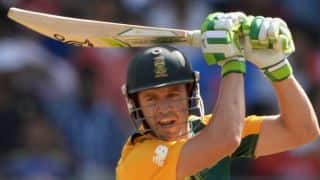 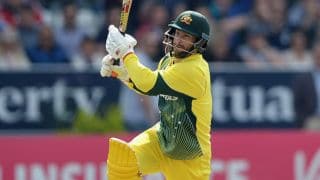