Modireddy Venkat Narasimha Rao was a sound middle order bat apart from being a classical leg-spinner who picked 245 wickets in 108 Test apart from amassing 4845 runs at a healthy average of 40. 71.

Modireddy Venkat Narasimha Rao, born on August 11, 1954 in Secunderabad, was a sound middle order bat apart from being a classical leg-spinner who picked 245 wickets in 108 Test apart from amassing 4845 runs at a healthy average of 40. 71. He was the ‘citadel of strength’ in domestic cricket. Ankit Banerjee digs deep to cull-out eight interesting things about the Hyderabadi.

When the top cogs in the Indian wheel, the ‘quadra-murti’, comprising the likes of Sunil Gavaskar, Dilip Vengsarkar, Gundappa Viswanath and Chetan Chauhan failed against Australia at the iconic Eden Gardens, it was Narasimha Rao, aka Bobjee, who stepped up to the plate and stitched a Test- saving partnership with Yashpal Sharma. India ended up with a score of 200 for four to draw the Test on a fifth day ‘minefield’.

His contribution to Hyderabad cricket is huge. He nursed and inspired local talent for many years. Aptly the Hyderabad Cricket Association has recognised his contribution and promptly named the inner entrances of the Rajiv Gandhi International Cricket Stadium after him.

He played a five-day Ranji Trophy final for a meagre pay of Rs 350 as those days the Hyderabad Cricket Association did not have ample money.

His maiden Test, against the West Indian unit of 1978 at Kolkata, was legendary left-arm spinner Bishan Singh Bedi’s last.

VVS Laxman always looked up to Narasimha Rao and considered him to be his godfather in the sport from the age of 11. He started an academy named St. John’s. Laxman till date sends Narasimha Rao a birthday card and pleasantries along with a message on Teacher’s Day.

The Paul Harris award was conferred on him for his contribution for a charity in Sri Lanka. He managed to raise about £10,000 for artificial limbs for people affected by the war there. He was the chairperson of the Northern Ireland Council for Ethnic Minorities, and is still involved with them.

Narasimha Rao accepted the invite to groom a weak Irish team for the 2011 World Cup. The Irish trusted his local knowledge to the tee. He was given a role as an assistant coach and his tips surely helped Kevin O’ Brien play a blinder of a knock against a formidable English outfit. In fact, Ireland is now is home.

8.  Offering to the Almighty

Ahead of an important match, Narasimha Rao went to Tirupathi to offer his long, flowing locks. Pat Cummins, James Pattison better options than Nathan Coulter-Nile for Australia in ODIs vs against England 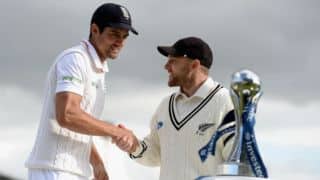