Johnson was born in the erstwhile Salisbury, now known by the name of Harare, with his parents moving to South Africa shortly afterwards.

Born on January 24, 1970, Neil Clarkson Johnson turns 46 on Sunday. The former Zimbabwean all-rounder is one of the finest cricketers to have played for his country, and was part of a Zimbabwe side that was capable of giving a good fight to some of the best teams in the world, unlike the mess that they find themselves in today. On his special day, Amit Banerjee lists seven interesting facts in a tribute to the man who could have achieved so much more had he not left the game too early.

1.  Growing up in South Africa: Johnson was born in the erstwhile Salisbury, now known by the name of Harare, with his parents moving to South Africa shortly afterwards. He played for various sides in South Africa’s domestic setup for teams such as Eastern Province, Natal, Western Province, Boland, etc. A chance to play for South Africa in the early 1990s would have been a difficult prospect for Johnson, especially with the surge of talented all-rounders in the Proteas side.

2.  Playing against Zimbabwe: It is ironical to note that Johnson was part of the South Africa A squad that had toured Zimbabwe in the 1994-95 season. Johnson must have had the same feeling as Kevin Pietersen when the latter toured South Africa with the England team in the 2004-05 season.

3.  Breakthrough in international cricket: Johnson left for England after a stint in South African domestic cricket, and signed up with Leicestershire, where he honed himself as an all-rounder. Johnson finally broken into the Zimbabwean ranks, making his debut against India in the one-off Test against India at Harare, taking 3 for 41 to bowl India out for 173 in their second innings to give Zimbabwe a 61-run win as well as a 1-0 series victory.

Johnson would then go on to shine with the bat in the tour of Pakistan, hammering 107 in Zimbabwe’s first innings as the visitors pulled off a historic seven-wicket victory and later won the series 1-0. Johnson’s rise in world cricket coincided with that of his team in the late 1990s.

4.  1999 World Cup: If there is one tournament Johnson is most famously remembered for, it is the seventh edition of cricket’s grandest prize. While names such as Lance Klusener, Rahul Dravid and Shane Warne come to mind when thinking of that particular tournament, one cannot forget the fact that Johnson was one of the key reasons for Zimbabwe creating history by qualifying for the Super-Sixes.

Johnson’s all-round performance of four for 42 and 59 helped Zimbabwe defeat Kenya by five wickets, which was followed by him taking the crucial wicket of an in-form Sourav Ganguly in their shock three-run victory over India. After losing to Sri Lanka and England, Zimbabwe had to beat neighbours South Africa in order to qualify for the next stage.

Johnson responded brilliantly to the occasion by cracking a useful 76, before recording three for 27 that reduced South Africa to 40 for six while chasing 234, ultimately getting bowled out for 185. As if his contributions in Zimbabwe’s historic win was not enough, he went on to score a majestic 132 not out that nearly helped Zimbabwe beat Australia.

5.  Tackling Murali: Such was his brilliance as a batsman and spirit, that Johnson even took on leading off-spinner of that era in Muttiah Muralitharan during the tour of Sri Lanka in 1999-00. Muralitharan, known as the ‘smiling assassin’ was unleashing his ‘doosras’ on the Zimbabwean batsmen. Johnson, who initially had no idea how to tackle the deliveries, went on to hammer four boundaries in a single over! In fact, Johnson was the only member of the side other than Andy Flower (who looked unstoppable on that day) who was able to give Murali a fight!

6.  Early retirement: Johnson seemed destined for greatness in international cricket. However, all stories do not end happily, as was the case with Johnson’s. He took the cricket world by surprise when he suddenly announced his intention to retire from international cricket at the end of Zimbabwe’s tour of England. While it was sad for his career to come to such an early end, it barely surprised anyone back home as the political situation in Zimbabwe worsened, causing a number of players to emigrate from the country to places such as England, Australia, New Zealand and South Africa.

Johnson went on to play for Western Province and Hampshire in South Africa and England respectively, until retiring from all forms of the game in 2004 at the age of 34.

7.  Team India ‘Yoga Instructor’: The media was abuzz with discussions of Neil Johnson getting appointed as the Yoga Instructor of the Indian cricket team following their crushing defeat in the first Test at Centurion in their 2010-11 tour of South Africa. Many leading news and cricket webistes lapped the news up, turning it into a sensation for a brief while, before the yoga expert was finally revealed to be the Cape Town-based Australian yoga guru Jim Harrington.

The embarrassment of the whole affair made team manager Ranjib Biswal distance himself from the entire episode. ” I don’t even do yoga,” clarified Johnson according to a report on ESPNCricinfo in his reaction. 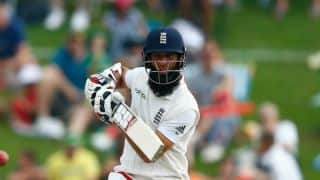 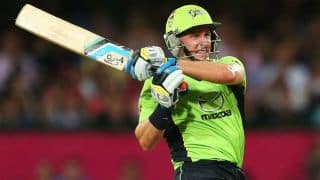