Sushant Singh Rajput, who plays Dhoni in his biopic, released the first look of the movie

The biopics on sportspersons have been the hot picks in Indian cinema of late. The ones on Milkha Singh, Pan Singh Tomar and MC Mary kom were well appreciated by the fans and critics alike. Looking at their success, it was just a matter of time before a biopic on a cricketer was announced. And here we are, expecting releases of biopics on two of India’s greatest captains — MS Dhoni and Mohammad Azharuddin.

However, it is the movie based on Dhoni’s life that is likely to be released earlier (September 2 this year) and is hitting the headlines. Recently, actor Sushant Singh Rajput, who plays Dhoni in his biopic, released the first look of the movie through his official Instagram account. The image, where he was seen sitting at the Kharagpur Railway Station’s platform, immediately started trending.

And now, Sushant has shared the first teaser from his social media account, almost similar to the previous one, with an accompanying caption that reads, “sushantsinghrajput#MSDhoniTheUntoldStory teaser out on 15th of March.”

The movie, that shows the unseen side of Dhoni’s personality and his journey, is already one of the most anticipated movies of the year. But the eagerly awaiting fans will have to wait till September 2 to get a look into their favourite cricketer’s life. 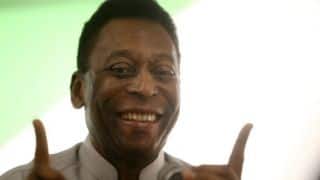