Pravin Amre: Nine interesting facts about the man who nurtured many Indian talents

Pravin Amre: Nine interesting facts about the man who nurtured many Indian talents

Pravin Kalyan Amre was one of those rare gems who made the headlines by scoring a hundred on debut.

Pravin Kalyan Amre, born August 14, 1968, was one of those rare gems who made the headlines by scoring a hundred on debut. Having scored a plethora of runs in the domestic circuit, Amre didn’t find luck on his side at international level and eventually featured in a handful of games. On the occasion of his 47th birthday, Suraj Choudhari pens down nine interesting facts on one of the successful domestic cricketer who later became an inspirational coach.

It may come as a surprise to many but Amre as a young boy, just randomly went to the iconic Shivaji Park in Mumbai and just spared his time fielding out there. But his fortunes changed once someone presented him to the famous coach Ramakant Achrekar, who nurtured Amre under his careful guidance.

2.  Fantastic knock which chiseled his path for India U-19

After some terrific performances, Amre was roped in by Railways. In his debut match for Railways, in the seasons of 1987-88, his tenacious knock of 186 not out sculpted his path into the India U-19 side for the tour of New Zealand.

3.  A century on Test debut

Amre announced himself to the world with a magnificent century on his Test debut against a formidable South African bowling attack at Durban in 1992. With this feat, he became the ninth Indian to slam a century on Test debut.

4.  Tenacious knock on his ODI debut

Amre had an uncanny knack of making it big on a debut. A year before his Test debut, Amre played his first One-Day International (ODI) against Clive Rice’s touring South Africans. His knock of 246 runs for Rest of India in the Irani Trophy paved his path to the ODI side and immediately he made an impression when he bailed India out with a knock of 55, while chasing a target of 178.

5.  Axed from the Test side

Amre had a good run in Test series at home but a poor run in the 1993 Test series in Sri Lanka, saw him losing his spot from the Test side. In the entire series, he only managed to get 57 runs with the bat.

6.  Named among the stars

Amre found himself in the limelight as he was named in an ‘India Masters’ side which hailed of players like Ashok Malhotra, Sandeep Patil, Yashpal Sharma and Bavinder Singh Sandhu in the year 1997.

Amre scored plenty of runs in the domestic circuit. He amassed 5815 runs in 86 First-Class matches at a decent average of over 48, with 17 centuries and 25 half-centuries to his name. And in List A, in 11 outings he collected 425 runs at an average of 42.50.

9.  Coached many teams and players

Post-retirement, Amre decided to make the utmost use of his talent and knowledge by passing the mantle to budding talents and turned into a coach. Amre is a renowned coach and have mentored and trained various domestic teams and players. He has also worked with Indian stars like Robin Uthappa, Suresh Raina and Ajinkya Rahane. At present he is the assistant coach of Delhi Daredevils (DD) in the Indian Premier League (IPL). 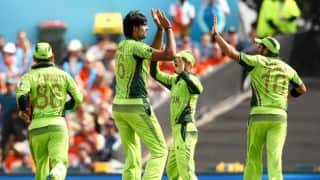 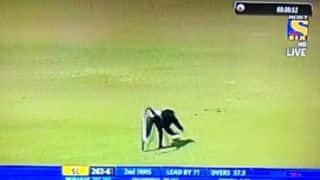