Rose, who was the subject of a sex assault complaint while living in New Zealand, told TVNZ on Saturday that he was racially stereotyped by police.

Indian cricket fans who grew up in the 1990s can perhaps never forget the tall, intimidating fast-bowler from West Indies, Franklyn Rose. When India lost the Bridgetown Test against West Indies in 1997 from a winning position, Rose was one of the chief architects in India’s complete surrender for a paltry 81. His seven wickets in the match helped the hosts overcome India by 38 runs. ALSO READ: Watch Dwayne ‘Champion’ Bravo name his favourite players in Euro 2016.

The visuals of Rose uprooting Sachin Tendulkar’s stump with the master sitting down in an awkward position haunted Indian fans for long. But it has now emerged that the same Rose, who once petrified Indian batsmen and fans with his bowling, has been leading a life in horror back in Jamaica. Rose, who was the subject of a sex assault complaint while living in New Zealand, told TVNZ on Saturday that he was racially stereotyped by police. ALSO READ: The story behind ‘mystery-spinner’ Narine getting his name ‘Sunil’.

“You cannot invite someone to your country to play and coach cricket, then throw him in jail for no reason, then kick him out of your country,” he said. “What have I done to be locked in a prison cell for seven weeks? I felt so terrified and nervous when I realised I was living with and amongst serial killers, rapists, and drug dealers,” said Rose. He has alleged that New Zealand, where he was residing since 2011 for playing and coaching assignments and from where he was recently deported, is unsafe for black cricketers. ALSO READ: ‘Arrogant’ Virat Kohli inspired Lendl Simmons to throw India out of World T20 2016.

He has even made a written complaint to the ICC stating “New Zealand is not a safe place for international cricketers, especially if they are black”. He said had he not ended up in hospital after being assaulted in November 2012, he would have left New Zealand earlier. While in the hospital, Rose developed a blood clot in his lungs which prevented him from flying, he said, saying this was the reason he overstayed in the country. The fast bowler who played 19 Tests for West Indies had visited New Zealand in 2011 after he got a playing as well as coaching offer from Auckland. 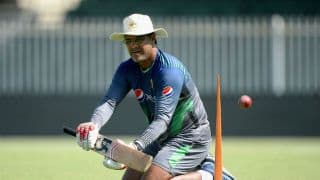 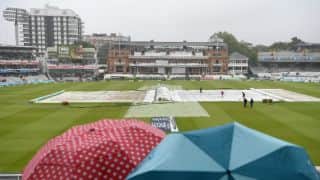