Rampaul has reportedly given up hopes on returning for West Indies by turning a Kolpak player for English county side Surrey and signing a two-year contract.

West Indies Cricket Board has been at the centre of quite a few controversies of late. Right from disputes with the players over payment to talent-management issues, the board has struggled to maintain a healthy relationship with its players. When the West Indies team lead by Darren Sammy won the World T20 2016 in India last month, the skipper criticised the board during his victory speech and made a strong statement in front of the world.

Sammy’s comments drew support from his team-mate Dwayne Bravo, who even suggested the board to take a leaf of out BCCI’s books. However, these two are not the only cricketers who have criticised the board in public. In past some time, Chris Gayle, Kieron Pollard and others have also taken on the board. The latest to join this bandwagon is fast-bowler Ravi Rampaul, who has reportedly given up hopes on returning for West Indies by turning a Kolpak player for English county side Surrey.

Recently, while speaking to Cricbuzz, Rampaul opened up on why he chose to become a Kolpak player rather than waiting endlessly to get picked by the West Indies. “After West Indies aborted the tour in India in 2014, my retainer contract was taken away and I was left out of the 30-man squad for the 50-over World Cup. I was being less and less selected by the West Indies. In fact, I was not selected for that entire year. All of that played a big part of my decision to go Kolpak with Surrey. Cricket is my profession and I had to take the opportunities that came along”, said Rampaul.

The cricketer further went on to say that though he has worked hard on his fitness and stayed fit all through his career, there were some in the West Indies cricket setup who felt he was fat. He said: “Everyone is entitled to their own opinion. I have heard that (he is too fat) a lot throughout my career. I was told once by a selector that it’s not how I bowl but how I look on television – (that) was the reason I was not selected.”

Rampaul concluded by saying he is in a happy space with Surrey and plans to contribute to his team’s success. “I want to use my experience and my skill to help Surrey win games and championships. They saw something in me and I am grateful for the opportunity to continue playing cricket. I love playing cricket in England so hopefully, I can take lots of wickets and also contribute with the bat. As far as my career goes, this is what is in front of me and I plan to make full use of it.” 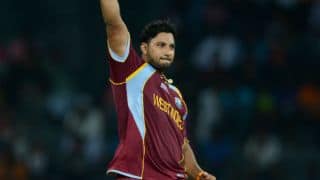 West Indies selectors told I was not picked because of how I look on TV, says Ravi Rampaul 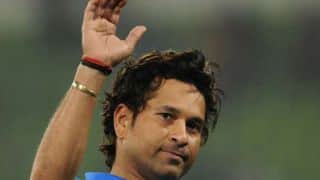