As the director of the Indian team, Ravi Shastri delivered good results and he was among the favourites to be named India's head coach.

As the director of the Indian team, Ravi Shastri delivered good results and he was among the favourites to be named India’s head coach. Having been with the side since the English summer of 2014, Shastri also terms his tenure with Team India as the most enjoying as well.  On Thursday, the former all-rounder found himself out of favour for the head coach’s job as BCCI and its Cricket Advisory Committee (CAC) that comprised Sourav Ganguly, Sachin Tendulkar and VVS Laxman, appointed Anil Kumble for the high profile job. It is believed that even Indian Test skipper Virat Kohli wanted Shastri for the job. ALSO READ: Virat Kohli, Shikhar Dhawan and other cricketers welcome Anil Kumble as India’s head coach

Kumble is one of the most respected figures in cricket fraternity. With 956 international wickets to his name, he is India’s most successful bowler. He also enjoyed success as a captain, team mentor and administrator. However, having shepherded the side for close to two years, Shastri was bound to feel bad.

When asked about his feelings, Shastri told mid-day, “Yes [I feel disappointed], for the work put in, and results produced in the last 18 months. But if it (tenure) was for only one year then, not really. It is time to move on and do what you do best. I must say I had the ultimate experience with a young and happening side.” READ MORE: Anil Kumble’s appointment as Team India head coach sets Twitter abuzz

However, like a true sportsman, Shastri wished Kumble and the Team India, “all the luck”. Shastri is expected to return to the commentary circuit, a hat he has successfully donned over last many years. 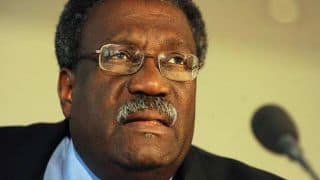 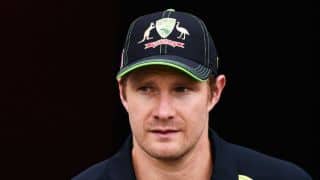