For his tremendous service of his towards the Indian sports, Ashwin was named for the Arjuna Award last year.

India’s frontline off-spinner Ravichandran Ashwin has been the spine of Indian spin attack and has made noteworthy contributions towards the game. For this tremendous service of his towards the sport, Ashwin was honoured with the prestigious Arjuna Award on Friday which was conferred on him last year. He received the award from Minister of State, Independent Charge, Shri Sarbanada Sonowal.

Ashwin tweeted a picture where he’s seen receiving the award from Sonowal on Twitter:

A proud moment in life. pic.twitter.com/53RuBPmEu4

As reported by BCCI.TV, Ashwin said, “The trophy has the sculpture of Arjuna on it and I really love the Maharabharata. So, to have something that symbolizes that in form of such a prestigious award makes me very proud.”

The 28-year-old has played 25 Tests and 99 One-Day Internationals (ODIs) in which he picked 124 and 139 wickets respectively. In November 2013, he became the fastest Indian bowler to claim 100 Test wickets in his 19th Test appearance against West Indies at home. 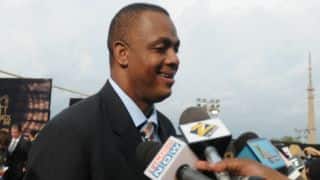 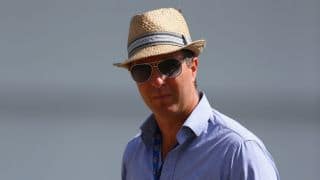