Richard Hadlee, born on July 3, 1951, is one of the greatest all-rounders the world has seen.

Richard Hadlee, born on July 3, 1951, is one of the greatest all-rounders the world has seen. The New Zealander was Test cricket s leading wicket-taker until Kapil Dev broke his record. Hadlee finished with enviable career numbers and it reflects his mastery. Nishad Pai Vaidya picks 11 astonishing statistics.

Hadlee was the first bowler in the history of the game to take 400 Test wickets. He achieved the milestone during the first Test against India at Christchurch in 1990. His 400th wicket was that of Sanjay Manjrekar.

2. Most fifers and 10-fors in Test cricket by a fast bowler

Muttiah Muralitharan and Shane Warne tower above the others in most bowling records. But Richard Hadlee remains the most successful fast bowler in Test cricket in terms of fifers and 10-wicket match hauls. In 86 Tests, he managed 36 fifers and nine 10-wicket hauls. He is only behind Warne and Muralitharan on those two marks.

Hadlee was New Zealand s invaluable match-winner. Though he tasted victory in only 22 out of his 86 Tests, he mastered the opposition in those victorious matches. Consider this: he accounted for 173 wickets at an average of only 13.06 with 17 fifers and eight 10-fors. Hadlee has the lowest average for any bowler who has taken over 100 wickets in victorious causes. Sydney Barnes is next on the list with an average of 13.58, followed by Jim Laker at 13.65. With a strike-rate of 33.5 in victories, Hadlee is only third behind Dale Steyn and Shoaib Akhtar, for bowlers who have taken over 100 scalps.

For bowlers with over 400 Test wickets, Hadlee boasts of the best strike-rate with 50.8. Glenn McGrath is a close second with 51.9. Dale Steyn is currently on 396 wickets, which have come at a strike-rate of 41.6. He is likely to better Hadlee s feat in the next few months.

Hadlee is one of the four players to have taken 400 Test wickets and scored over 3,000 runs. He was the first man to achieve the milestone. The feat was subsequently emulated by Kapil Dev, Shaun Pollock and Shane Warne. Hadlee scored two Test tons. The first one came against a West Indian attack comprising Michael Holding, Joel Garner, Colin Croft and Andy Roberts at Christchurch in 1980. His 103 came off only 92 balls. His second Test ton was against Sri Lanka at Colombo, where he scored 151 not out.

Most players have better records at home, but a select few manage to break the barriers and extend their dominance to overseas territories. One can say that Hadlee epitomised that with his enviable numbers. In New Zealand, he played 43 Tests and took 201 wickets at an average of 22.96. However, he was even better away as he took 230 wickets at an average of 21.72 in 43 Tests. In those games, he took 21 five-wickets hauls, the most by any fast bowler playing overseas. Only MuttiahMuralitharan has more with 22. His figures of nine for 52 are the second best bowling figures for a touring player. Only George Lohmann of England managed better figures with nine for 28 against South Africa in 1896.

Hadlee played 148 First-Class matches for Nottinghamshire and scored 5854 runs at an average of 38.76 with 11 tons, including a double ton. This was his best batting record for any team in First-Class cricket. With the ball in hand, he accounted for 622 wickets at an astonishing average of 14.51. Thus, he remains one of their greatest all-rounders along with his comrade Clive Rice.

8. Tons and five-wickets in the same match

Hadlee managed a century and a five-wicket haul in the same match on three separate occasions for Nottinghamshire in county cricket. The first time he did it was in 1978 against Derbyshire where he scored 101 not out and took five for 25 in the first essay. He then managed it in 1984 against Hampshire with 100 not out in the first innings and a spell of five for 35 in the second innings. His masterpiece came against Somerset in 1987 when he smashed 101 in the first innings and then went on to take two six-wicket hauls.

In the 1984 County Championship, Hadlee managed to take 117 wickets and score 1179 runs. What makes those numbers all the more impressive is that his bowling average was 14.05, while his batting average soared above 50!The last time someone managed the double was back in 1966, when Surrey s Stewart Storey took 103 wickets and scored 1013 runs. No player has managed the feat since. Hadlee came close to emulating it in 1987 when he scored 1075 runs and took 97 wickets.

In his First-Class career, Hadlee accounted for 1490 wickets at an average of only 18.11. In List A cricket as well, he averaged 18.83. As discussed earlier, he averaged around 13 in Test victories and maintained the number around 14 for Nottinghamshire. His bowling average was under 20 in nine English First-Class seasons. These numbers only reflect how effective he was with the ball.

Hadlee ended with 102 five-wicket hauls, out of which 36 came in Test cricket. Though history has seen many bowlers to it in First-Class cricket, Hadlee s feat is special as not many have been able to do it in the second half of the 20th century. 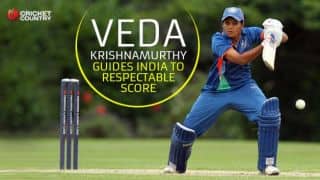