Catch all the live action of Rio Olympics 2016 here.

The seventh day of the Rio Olympics 2016 is in progress and India is yet to get off the mark as they are still without a medal. The Day seven will witness Indian badminton players Jwala Gutta and Ashwini Ponnappa lock horns with Netherland’s E Muskens and S Piek in badminton women’s double.

India men’s Manu Attri and B Sumeeth Reddy will be drilling in men’s double. Sania Mirza and Rohan Bopanna will cross swords with Andy Murray and Heather Watson of Great Britain in tennis and the game will be an enthralling one. India’s men’s hockey team will also be seen in action against Canada. It’s a decisive game for India as they need to win this game or not at the least draw the game to take them ahead.

Expect another day filled with action when Indian athletes battle it out at Rio. Viewers can watch the event on Star Sports network. Live streaming is also available through Hotstar. 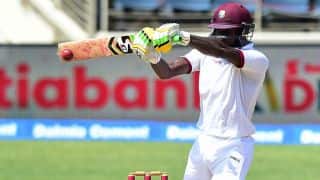