Defending champions Kolkata Knight Riders (KKR) ended their run in the eighth Indian Premier League (IPL), when they lost to Rajasthan Royals (RR) in their last league game. They were in a comfortable position but their fortunes changed within the span of two matches. Social media is fascinatingly catching players’ attention and is one of the trending elements in the cricket fraternity.

KKR opening batsman Robin Uthappa shared the above picture of his along with all-rounder Andre Russell from this Instagram. Batman and Robin are superheroes who protect the city of Gotham. The image split in two – shows the superhero duo at the top, termed as ‘Knights of Gotham’. Playing with words, in the bottom half in his picture with Russell, he terms the duo as ‘Knights of Gautam.’ Of course, the Knight Riders are captained by an inspirational Gautam Gambhir who has led the Kolkata franchise to two IPL titles.

Uthappa hopes that the knights of Gambhir will rise and make a comeback in the next season of the IPL. KKR carries a reputation of bouncing back from a difficult situation and they will look forward to double their effort and make an impact in the next season.

The night is just dark now. The Knights will rise again!! 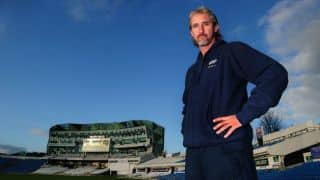 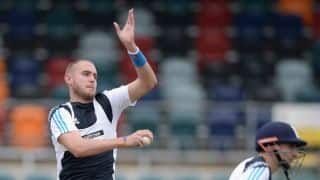