Harris was a key bowler for the Aussies and his exit is a huge blow to their Ashes campaign.

Ryan Harris made a stunning exit from international cricket on Saturday because of a nagging knee problem. Harris was a key bowler for the Aussies and his exit is a huge blow to their Ashes campaign. He has taken 57 wickets at an average of 20.63 in 12 Ashes Tests.

“I played 27 more Tests than I ever thought I would and I have relished every single moment of them. Walking away from the team and our support staff is probably the hardest thing to stomach right now. This is a very special team and I know they will do Australia proud in this Ashes series,” Harris said as he bid farewell to the game that has meant so much to him.

Harris, who made his Test debut in 2010, took 113 wickets in 27 Test matches and 44 in 21 one-day internationals. Following are some of the reactions on Twitter:

A career to be extremely proud of. A privilege to watch you play and play along side you great man! #legend #astoughastheycome @r_harris413 — Mitch Starc (@mstarc56) July 4, 2015

What a cricketer and what a bloke this man is. Congrats @r_harris413 on a terrific career. pic.twitter.com/wbSfgPvggR — Michael Di Venuto (@MjDiVa5) July 4, 2015

Congrats to @r_harris413 on a great career. True legend and an amazing team man. Wore the baggy green with pride. #yeahyeahyeah

bowling wit you and celebrating the wins. Well done Rhino

Congrats on a fine career @r_harris413 Serious bowler who caused batsmen many problems with skill & pace. Played for @surreycricket too!

@r_harris413 well deserved Absolute legend of a bowler just unlucky with the knees ! Just like me Good luck in the future — Darren Gough (@DGoughie) July 4, 2015

Ryan Harris’s absence is a real blow for Australia, he was a bowler who got things done for them in tests. #Ashes2015 — Sanjay Manjrekar (@sanjaymanjrekar) July 4, 2015

One of my best mates and toughest player I have ever played with, brother you have done the baggy green proud! Congratulations @r_harris413

Congrats @r_harris413 on a ridiculously awesome career. More so on being an outstanding bloke and a role model for all. #Ryno #toughasnails — Usman Khawaja (@Uz_Khawaja) July 4, 2015

Enjoy your retirement Ryno. You’d have to go a long way to find a bloke with a bigger heart.

@r_harris413 What a fantastic career champ! Now get yourself fit for the Masters Champions League… Email me to register Feb 2016 start

@r_harris413 congrats on a wonderful career mate you truly will be missed. On to coaching now I hope as I think you’d be terrific. — Damien Wright (@wrightmove6) July 5, 2015

Congratulations to Ryan Harris on a great career. His record speaks for itself and he’s a great guy too. A massive blow for the Aussies.

Really sad to hear this, great competitor and from the beers I’ve shared with him a top top bloke https://t.co/I3dYVebeK4

Genuinely gutted to hear that. He’s a top bloke. Always was tough to face. Wish him all the best. https://t.co/JPrJ9eUxOt 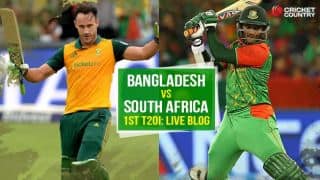