Sachin Tendulkar, who is widely regarded as the game’s most complete batsman, scored his first international century.

August 14, 1990 is a special day for Indian cricket. Sachin Tendulkar, who is widely regarded as the game’s most complete batsman, scored his first international century. In a career spanning over 24 years, he went on to notch 99 more but the first time for many reasons is the most cherished one. [Also Read: How Sachin Tendulkar transformed a village in Andhra Pradesh]

At Old Trafford, Tendulkar scored his maiden ton and it came in a match-saving cause. The Master Blaster himself, in a bid to relive that moment, planned to pick up the bat today for a special session. He tweeted:

25 years since the special First International Century at Old Trafford. Will pick the bat today for a special session pic.twitter.com/5dqnXYMrFN

Over the years, Tendulkar has broken almost every batting record possible. He is the only cricketer to have hundred international centuries to his name. 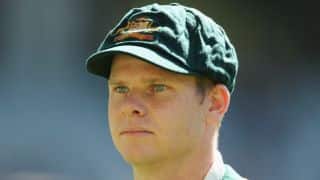 NCA to be shifted out of Karnataka; to become High Performance Centre