Former India cricketer Sachin Tendulkar showed his true class off the field at a popular restaurant in South Goa earlier this week.

Former India cricketer Sachin Tendulkar showed his true class off the field at a popular restaurant in South Goa earlier this week.

On Sunday, Tendulkar recorded a joint video message for a six-year-old boy Aurian Martins whose school friends did not believe the young boy’s story about a previous encounter with the cricket maestro at his father chef Avinash Martins’ restaurant Cavatina located in the picturesque beach village of Benaulim in South Goa.

“Hey Sparsh. This is not fake. I am sitting next to Aurian Martins. You tell him (Aurian) this is not fake now… This is real,” Tendulkar said in the video message with Aurian which has gone viral on social media. Sparsh, who Tendulkar refers to in the video, is one of Aurian’s friends who did not believe that his classmate actually met the cricket icon.

In the video, a shy Aurian even urges Tendulkar to delete the video, but Sachin playfully refuses. “We cannot delete it. It’s recording. It is all there on record,” the 46-year-old said.

“Sachin Tendulkar visited our restaurant on Friday (September 27), where my son bumped into him and they had a brief chat. When my son went back to school, none of his friends believed that he had met Sachin,” Avinash told IANS on Tuesday.

When Tendulkar dropped by a couple of days later at the same restaurant, he asked for Aurian, who was at home at that point of time.

“So, my son got a call from my manager at the restaurant, saying Sachin is here and he wants to meet you. So Aurian went to the restaurant and told Sachin that his friends in school did not believe that he had met him. That is why Sachin recorded the video,” Avinash said.

According to Avinash, Tendulkar, whose family owns a villa in South Goa, often drops by at his restaurant for meals. “Sachin’s favourites are a beef steak a tenderloin cut cooked on hot stone and for dessert he prefers an Irish Bailey’s preparation,” Martins said. 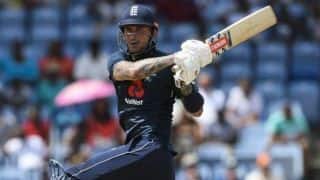