Tendulkar will be the first Asian whose life will be captured in theatrical release.

After ruling the 22 yards for nearly two and half decades, Master Blaster Sachin Tendulkar is now set to for the silver screen. A yet-to-be-titled docu-feature will capture the rise of the Indian batting legend and delve in aspects of the Indian legend’s life, that haven’t been seen before.

Tendulkar is all set to play himself in the mega project that has been conceived by 200 Not Out, a Mumbai-based production house, in co-ordination with World Sports Group (WSG), the firm that managed the ‘Tendulkar’ brand.

Tendulkar will be the first Asian whose life will be captured in theatrical release. He joins the list of Michael Jackson and Ayrton Senna.

The production house that has made over 150 ads and short films, has filmed Tendulkar’s journey over the past 18 months. The firm has roped in London based award-winning director James Erskine for heading the docu-feature. Erskine directed several films like One Night In Turin on 2010 Football World Cup and also directed a cricket film, From The Ashes.

As reported by Times of India, Ravi Bhagchandka, founder, 200 Not Out, confirmed that the film isn’t a biopic on Tendulkar. He said, “It is our honour to work on this unique initiative. As a young passionate team, it is our commitment to present the viewers with never-before-seen facets and footage on the Master Blaster. We decided on working with James Erskine after studying the many incredible films involving sports personalities. This will be the first time he will be working in this part of the world. We will work with the best in the business for this docu-feature, so it becomes a fitting tribute to the unparalleled achievements of Sachin Tendulkar.” Ravi added that the film is not a biopic on Tendulkar. 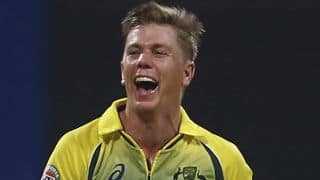