A multi-faceted personality, Patil’s contribution to the game has been immense as he has donned several roles for the years.

Sandeep Madhusudan Patil, born August 18, 1956, is a former Indian cricketer. A multi-faceted personality, Patil’s contribution to the game has been immense as he has donned several roles for the years. On his 59th birth anniversary, Suvajit Mustafi looks at 18 facts about the maverick mainstay of the Indian batting middle-order in the 1980s.

1.  Son of a multi-talented father

Patil’s father, Madhusudan, was a First-Class cricketer, who played six matches for Bombay. He was a national-level badminton player who was also good in tennis and football. In fact, both of Patil’s parents excelled in badminton and had reached the mixed-doubles semis of the 1950 Nationals.

Patil is another illustrious product of Shivaji Park, the nursery of Indian cricket. Inspired by the likes of Subhash Gupte, Vijay Manjrekar, Ramakant Desai and Ajit Wadekar, Patil too went on to play at the highest level.

In the early part of his career, Patil was more of a medium-pacer who bagged 24 wickets at international level. He has 86 wickets in First-Class cricket and 46 in List A at an impressive average of 29.93.

4.  A hoist into the Arabian Sea

In the 1978-79 season, he was at his brutal best in domestic cricket. He smacked 102 sixes across competitions in representative cricket. In one of the games played in Parsee Gymkhana, he hammered 21 sixes and one of them sailed over the Marine Drive crashed into the Arabian Sea.

5.  And to the hockey ground

A week before his debut, he scored a hundred between lunch and tea against Saurashtra. The 210 that he scored then remained his highest in First-Class cricket. One of his sixes landed in the hockey stadium, next to the Wankhede Stadium.

On his day, he could match the likes of Viv Richards with his belligerent stroke-play and one such day came in January 1981 at Adelaide. A 24-year-old playing in his fifth Test, Patil scored his maiden hundred against the ferocious likes of Dennis Lillee, Rodney Hogg and Len Pascoe. In the previous Test, he was struck on his helmet-less head by a ball from Pascoe which forced him to retire after an aggressive 65. That didn’t deter his confidence as he breezed to 174, which remains one of the most iconic innings played by an Indian batsman overseas. The innings that came at a strike-rate of 72 and half, prevented India from a defeat.

7.  Golden run in the Australian tour

With 311 runs, he topped the runs chart for Indians in the 1980-81 Test series in Australia. The runs came at 62.20 and at a strike-rate of almost 78, a number that is bound to make jaws drop even in today’s Test cricket in the Twenty20 era. Interestingly, Patil scored 586 runs in the entire tour and got another hundred against South Australia. He also scored 60 and 97 against an Queensland attack that comprised Jeff Thomson, Jeff Dymock and Carl Rackemman.

8.  Six fours in an over off Bob Willis

Like his maiden hundred, his second one too was iconic in its own way. Once again it came in foreign soil, this time in Manchester in 1982. At the receiving end was Bob Willis. He plundered six fours from a Willis over which comprised seven balls; the fourth was a no-ball. The over went 4,4,4,0,4,4,4 — and, in the process, he rocketed to 73 to 104 in a span of nine balls! He remained unbeaten on 129 and was later adjudged the man-of-the-match.

In January 1983, against North West Frontier Province Governor’s XI, Patil scored a hundred before lunch. He scored 137 in just over two hours.

Patil has a passion for adventure, especially wildlife. In 2012, along with Harbhajan Singh and Yusuf Pathan, Sandeep Patil celebrated forest guards and pledged that he would continue to do everything possible for the conservation of wildlife. In a report from Times of India, he had then said, “We just need their voice. One word from Sachin Tendulkar or MS Dhoni can save the Tiger. We love our cricketers and the conservation movement can receive a great impetus with cricketers lending their brand. Co-incidentally, Tendulkar is now named the ‘Tiger Ambassador’ of Maharashtra. (related link)

11.  Arriving to play a Test just before stumps on first day

In the 1983-84 tour against Pakistan, just before the start of the Nagpur Test, the selectors decided that Patil should be part of the playing XI and called for him. Patil was in another city, and there was no way he could make it on time. It was an absolute chaotic situation. An influential politician from the state of Maharashtra stepped in and convinced the government to provide the state plane for him to arrive in Nagpur. The plane waited till Patil reached Santa Cruz Airport and took off late in the afternoon. He arrived to play just before the stumps on the first day.

Patil is widely regarded as an astute leader. With more discipline, he had the potential to be among the greats of his generation. As a captain, he led Bombay to many memorable victories and later on, behest of Madhavrao Scindia, he took over the reins of Madhya Pradesh. He later made name for himself as a cricket coach, having been in-charge of several sides such as Indian under-19, India A, the national side, Kenya and then Oman

As the Kenya national team coach, he guided the minnow side to the World Cup 2003 semi-final. Before the tournament, no one gave them a chance even for a qualification beyond the group stage.

There were hardly things that he couldn’t do. He was a national level player, who led the state teams and later became a coach and selector. He is a writer who penned his autobiography Sandy Storm and was later an editor. He was also a businessman and that’s not all, he acted in a film!

He was a popular model and also played the lead in the film Kabhi Ajnabi The, opposite to Poonam Dhillon and Debashree Roy. His teammate for years, Syed Kirmani played the role of villain in the film!

His son Chirag is a Marathi actor and made his debut in the film Raada Rox.

Patil was the editor of the Marathi sports magazine Ekach Shatkar.

In September 2012, Patil was named the chairman of selectors for Indian side. He currently is in that role and made some bold decisions like dropping several of the senior players and investing in young blood. 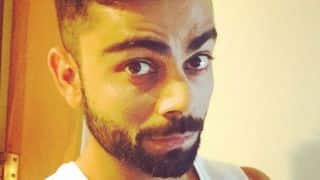