Till the arrival of Kapil Dev on the scene in 1978, India always lamented the absence of a fast bowler. But the truth is, India did have some quality bowlers who kept performing season after season without getting the recognition from the national selectors.

Till the arrival of Kapil Dev on the scene in 1978, India always lamented the absence of a fast bowler. But the truth is, India did have some quality bowlers who kept performing season after season without getting the recognition from the national selectors.  The likes of Budhi Kunderan and Sunil Gavaskar, who were not even net bowlers, opened the bowling for Indi — merely to remove a bit of the gloss on the ball.

H Natarajan lists seven fast bowlers between the 1960s and 1980s who went through a long and successful career without earning the India cap they so richly deserved.

People often talk of the misfortunes of Padamkar Shivalkar and Rajinder Goel for being born in the era as the legendary spinners EAS Prasanna, Bishan Bedi, Bhagwat Chandrasekhar and S Venkataraghavan. But the same can be said for many in this list. Gattani was one of them. His First-Class tally of 396 wickets tells a story. His best of the 20 five-fors was seven for 13. He also hauled five 10-fors. And as a batsman, he had a highest of 100. He would have been an useful all-rounder for India. Probably he would have got the much-deserving India cap had he played for a stronger and influential team like Bombay or Delhi.

The 1971 Indian team to the West Indies had an untested fast bowler in D Govindraj. The Hyderabad bowler was, in fact, also part of the historic tour to England that followed the tour of the West Indies. However, he was not played in any of the eight Tests on the two tours.  A quick bowler with a nice action, Govindraj played 93 First-Class matches in a decade-long career and ended up with190 wickets, with a best of six for 38.

Those who have no knowledge of him and judge purely by his fleeting career span or negligible figures could not be faulted for thinking why he is in this list. His First-Class career lasted just two seasons, but the buzz he created at that time is still remembered. Hattea flew in from England on a special invitation by Vijay Merchant, then chairman of the selection committee. It was a great sight then to see tall young man, with shoulder-length hair running in from a very long run-up and generated good speed. At a time when the Indian new ball attack was an apology and the shine on the ball was removed by rolling on the ground to get the spinners into the attack quickly, Hattea created ripples. In fact, just before the selection of the Indian team to tour the West Indies in 1971 was named, the popular opinion was Hattea would be in the side. Sadly, that was not to be. Hattea had the distinction for playing in the Rest of the World XI but not India. His First-Class career was restricted to eight matches and 27 wickets.

If Padmakar Shivalkar was the spin trump card for Bombay, then Abdul Ismail was the main weapon with the new ball. The combination of the two was lethal for the oft-crowned champions. Ismail’s economy-rate tells a story: his 244 First-Class wickets from 75 matches came at a frugal 18.04, with 13 five-fors adding lustre to the numbers.

How Salgaonkar never played a Test when India were yearning for a quality fast bowler will remain one of the unexplained mysteries of Indian cricket.  Salgaonkar was quick and nasty; he genuinely invoked fear in the batsmen. He was in a strong Indian team that toured Sri Lanka in 1974. He opened the Indian attack and took five for 42 and two for 79 in the second unofficial Test, which India won. But he did not make it to the Indian team later that year which went to England.  He had the speed and stamina to bowl long spells and would have been a huge asset on the helpful English tracks. But that was not to be. He finished his career with 214 wickets with a best of seven for 72.

A right-arm fast-medium bowler, he was always on the fringes of the national selection without making the cut. His was a familiar name in the pre-tour probables, but despite raising hopes many times, he ended his career without getting the India cap. He played 54 matches and took 146 wickets at 29.36 apiece.

A left-arm fast bowler, he is best remembered for being part of the victorious 1983 World Cup team led by Kapil Dev and yet not getting a single game. Valson remained a glorified spectator during India’s successful campaign as Kapil, Balvinder Singh Sandhu, Madan Lal and Roger Binny formed the Indian fast bowling quartet. None of the four were left-armers and Valson pace and ability to slant the ball across the right hander could have been useful, especially in helpful English conditions, but he sadly went untested.  Valson played 75 First-Class matches in a career spanning a decade and took 175 wickets at a fairly respectable 25.35 with a best of eight for 40. 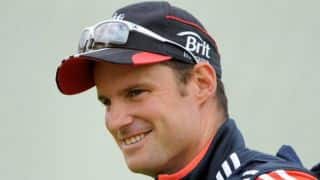 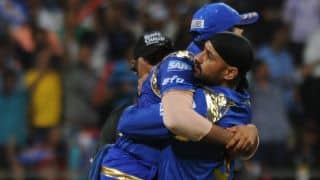