There have been numerous occasions when cricketers are seen marking their presence in such shows and sharing their hilarious stories.

In the last decade, comedy shows in India have got immense popularity and attracted stars and celebrities in order to accelerate TRP. There have been numerous occasions when cricketers are seen marking their presence in such shows and sharing their hilarious stories.

With the increase in demand of such big personalities on these shows, two of India’s famous cricketers — Shikhar Dhawan and Mithali Raj recently made their appearance in a renowned comedy show named ‘Comedy Nights Bachao’. This will be the first appearance of any cricketer on this show. ALSO READ: “Best Buddies”, “competitors” and a “rare combination”

The news came after Dhawan posted a picture of him from his official Instagram account and said that it will be aired on the eve of India’s 70th Independence Day.

On the other hand, after few hours of Dhawan sharing that picture, Mithali also shared a selfie with the Indian batsman along with comedians Krishna Abhishek and Bharti.

On the eve of Independence Day, catch me on Comedy Nights Live this Sunday 10pm on @colorstv 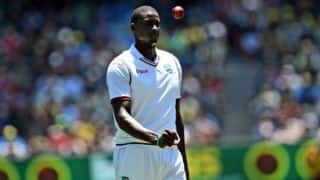