Avondale Police station, the nearest police station closest to Taylor s residence, took to social media to inform residents of the area to be on high alert.

In a shocking story that has brought to light an increase in the crime rate in Zimbabwe, reputed batsman Brendan Taylor s wife was mugged outside their home in Harare earlier this week. Taylor, who has played 188 ODIs and 28 Tests, posted the news via his Twitter account and urged residents to remain guarded against any such criminal activities in Zimbabwe.

“Just had an alarming situation outside my house,” Taylor wrote.

“I was waiting for my wife’s return in my driveway. I started hearing her screaming about 100m from my gate, she was getting mugged by 4 armed men. I ran outside and they sped away in red Honda Fit.”

According to local media, there has been an increase in crime in the country since the intensification of load-shedding in Harare this week with criminals taking advantage of the power failures in the capital city’s suburbs. “Fortunately she only lost her handbag and it could of [sic] been a lot worse,” Taylor posted on Twitter.

“People are getting desperate, be vigilant when entering your property and try keep off the roads after dark. With all this load shedding we’re easy targets.”

Avondale Police station, the nearest police station closest to Taylor s residence, took to social media to inform residents of the area to be on high alert.

“We note with concern the crime activity in our area in the last 8 weeks,” read a message on the station’s social media page.

“Unregistered vehicles continue to expose our community to crime and we now are appealing to all our Avondale residents and Security Structures, Neighbourhood Watches, Whatsapp Media Platforms to be on high alert for any suspicious individuals or vehicles.” 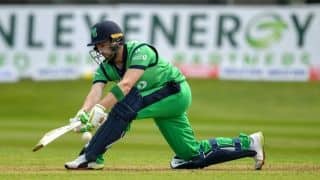 Bangladesh vs Ireland, Match 6, Tri-Nations series, LIVE streaming: Teams, time in IST and where to watch on TV and online in India