The mastermind behind the PO Box number is apparently Sir Charles Moses, General Manager of the ABC and a personal friend of the Don.

Karen Tighe, ABC’s sports host, and Alan Eason, who wrote the book, ‘The A-Z of Bradman, both authenticate that the ABC PO Box number is not an urban legend, though the number was not assigned to the broadcaster during Sir Charles’s tenure as ABC General Manager.

It must be said that in 2000, the Australian Government made it illegal for the names of corporations to suggest a link to “Sir Donald Bradman”, if such a link does not in fact exist. 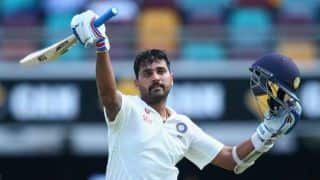 Murali Vijay, Ajinkya Rahane guide India to 311/4 against Australia on Day 1 of 1st Test at Brisbane