We present 24 statistical facts, which speaks about the volume of Sourav Ganguly as a batsman and captain.

Born July 08, 1972, Sourav Chandidas Ganguly is the former Indian captain and arguably the best captain of Indian cricket team. Ganguly made immense contribution as batsman and captain. Handed captaincy in 2000, post the infamous match-fixing scandal, Ganguly turned the tides of the Indian cricket team and built it as a unit called, ‘Team India’. Under him, India reached the final of the World Cup 2003. Not many expected this to happen. Be it as a batsman, captain or sometimes bowler too, Ganguly has won many games for his sides. On his 44th birthday, Abhishek Kumar a huge Ganguly fan, digs out 24 statistical facts, which speaks about the volume of Ganguly as a batsman and captain.

1. Ganguly is the only cricketer to have won four consecutive Man of the Match (MOM) awards in ODIs. He achieved it against Pakistan at Toronto in Sahara Cup 1997.

4. Ganguly has won 31 Man of the Match (MOM) awards in ODIs and it the second best by an Indian cricketer after Sachin Tendulkar, who has 62 MOM awards.

5. Ganguly is one of those rare cricketers whose average never fell below 40 in Tests.

6. Ganguly was the third batsman to score a hundred on debut at Lord s in 1996 after Harry Graham and Merv Wallace, who achieved it in 1893 and 1937 respectively.

7. Ganguly is the second highest run-getter at number fifth and sixth position in Tests for India. He has scored 3,440 runs at fifth position. Mohammad Azharuddin has scored 4,346 runs at the same position. While at number sixth position, Ganguly’s tally of 1,725 runs is only behind VVS Laxman‘s 2,760 runs.

8. Ganguly s scored 16 Test centuries in his career and none came on a losing cause.

10. Indian Test team s win loss ratio under Ganguly captaincy was best among the skippers who led for more than 10 matches. Under him, India won 21 Tests out of 49 and lost 13 with the win/loss ratio was 1.61.

13. Ganguly is the seventh Indian cricketer to have played 100 Tests.

15. Ganguly holds the world record of being involved in most 50 plus partnerships for the first wicket in ODIs.

16. Ganguly has six double hundred partnerships in ODIs, which is third joint most along with Tendulkar and Ricky Ponting.

17. Ganguly was the first Indian batsman to score a ton against Australian in their backyard in ODIs. He got it in Melbourne, in the tour of 1999-00.

21. Ganguly and Tendulkar have been involved in most 100 runs partnership in ODIs. There have been 22 such instances.

22. Ganguly and Tendulkar are the only pair to have put up three double hundred partnerships in ODIs.

23. Ganguly was the first Indian batsman to score a century in a World Cup knock out match. He scored unbeaten 111 against Kenya in the semi-final of World Cup 2003.

24. He was involved in the first 300 plus partnership in ODIs in May 1999 along with Dravid against Sri Lanka. The duo added 318 runs for the second wicket in a World Cup at Taunton. This remains the third highest stand in ODIs. 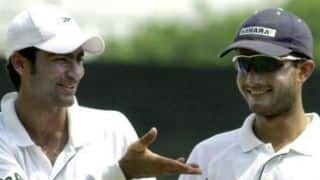 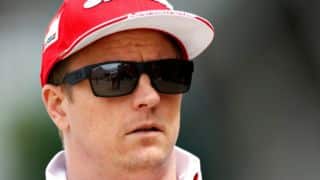