The relationship between the Sourav Ganguly and Greg Chappell soured after the latter became the Indian Coach. Not only Ganguly found himself out of the captaincy job but also lost his place in the side.

Around a year back, it was speculated that former Indian captain Sourav Ganguly was among the favourites to notch up the Team India Director’s job. He has a massive fan following and many wanted him for the top spot. A year later, as one of the three high-profile members of the BCCI’s Cricket Advisory Committee (CAC), Ganguly along with Sachin Tendulkar and VVS Laxman have been assigned the job to pick the next India head coach. However, Ganguly did not rule out coaching the national side. A report from PTI quoted him as saying, “I have never had the chance of giving an interview (for the team India coaching job). Hopefully, someday will sit for it.”

The relationship between the two soured and soon Ganguly not only found himself out of the captaincy job but also lost his place in the side. Many of the Indian players including the likes of Tendulkar, Harbhajan Singh, Zaheer Khan, Virender Sehwag among others expressed their displeasure under Chappell.

Recalling those days, Ganguly added, “It’s amazing how life is. Twenty years back I first played for the country. Now I have the opportunity to select a coach. I messed it up in 2005-06 (indirectly pointing to the appointment of Greg Chappell when he was captaining India) and I have been given the opportunity again.” READ MORE: Greg Chappell opens up on his differences with Sachin Tendulkar, Sourav Ganguly

Honestly, two and a half years ago I was thinking of being here myself, and now I am selecting one.

This time I have support from Sachin, Laxman and the BCCI secretary, so hopefully we will be selecting the right person.

The 43-year-old has not forgotten the bitter days under Chappell in 2005-06 and it seems that he is in no mood to forget or forgive the Australian great.

The position of head coach has been lying vacant since Zimbabwean Duncan Fletcher’s contract ended in March 2015 after the ICC World Cup. Since mid 2014, Shastri has been acting the Team Director and is among the favourites to be picked for the head coach’s job. 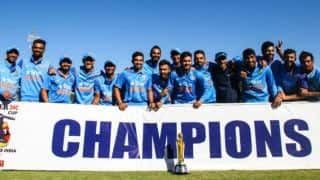 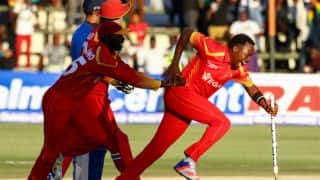