While Sourav Ganguly rates Virat Kohli a better chaser than Sachin Tendulkar, teammates Harbhajan Singh and Ashish Nehra wish him to be next 'Tendulkar'.

Is there a better batsman while chasing than Virat Kohli at the moment? The answer is big NO. Even statistically, no batsman is close to him. The Indian star batsman produced another gem on Sunday night against Australia at Mohali to help his side reach the semi-final of the ICC World T20 2016.

Chasing 161 against a side like Australia, India had lost Shikhar Dhawan, Rohit Sharma and Suresh Raina with only 49 on the board, in the eighth over. Kohli first consolidated and took India to a stable position before he went berserk.

Former Indian skipper Sourav Ganguly, who is a Kohli fan, spoke to India Today after India’s sensational win and rated him as a better chaser than the legendary Sachin Tendulkar, who is regarded as one of the greatest batsmen to grace the game. Who better than Ganguly to analyse this? Ganguly and Tendulkar formed one of the greatest pairs in the game and have watched each other grow very closely and both have high regard for each other.

“Kohli is the greatest chaser by far and I am saying this keeping in mind the great man Sachin Tendulkar,” Ganguly told India Today. “Sachin was special but as far as chasing is concerned, Kohli has done better than Sachin. Kohli is unreal.”

Even when the required run-rate climbed over 12 an over, Ganguly said he knew India would finish him as long as Kohli and Dhoni were at the crease.

Speaking of Kohli’s approach to a chase, Ganguly emphasised, “He knew that he could accelerate at any stage and take the game away. I get the feeling that the team management feels he is India’s go-to man. They don’t put any pressure on him even if he scores slowly.”

Ashish Nehra, a veteran, who made his national debut back in 1999, has seen Kohli grow up as a cricketer. Speaking to BCCI, Nehra said, “I have seen him since childhood. The last three to four years he has taken his game to a different level. He trains hard, keeps a check on what he does and what he eats. He is always hungry and wants to perform in every game. There is so much belief in him. He gets into the field with a feeling that I am the only one who is going to do it, and he has been doing it consistently.”

Harbhajan Singh, another senior pro, who has been around since 1998, went on, “Sachin Tendulkar was obviously one of those rare players that the world has seen. If Virat continues to work hard and do the things that he has been doing now in the years to come, then he could be the next Sachin Tendulkar. It will be a proud moment for me if that happens because we were backing a young Kohli since his early days. It is so good to see him flourish and express himself and I am happy for him. Hats off!” 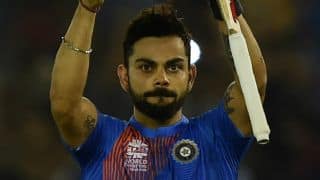 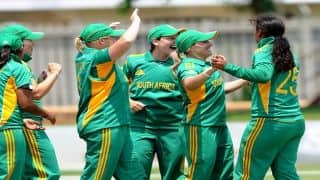