With the crucial match between Sri Lanka and West Indies set to be played in a few hours time, take a look back at their previous meetings.

Sri Lanka take on West Indies in the ICC World T20 2016 at M Chinnaswamy Stadium in Bengaluru. Sri Lanka have a far superior head-to-head record against the team from the Caribbean. Sri Lanka in the eight matches they have played won six of them. But in World T20 matches Sri Lanka have won five out of the six matches. Both teams will go into this match having won their first game of the tournament. Sri Lanka beat Afghanistan, while Chris Gayle’s unbeaten century propelled West Indies to a thumping win over England. With the crucial match between Sri Lanka and West Indies set to be played in a few hours time, Pramod Ananth looks back at their previous meetings.

1.  ICC World T20 2009, Group match at Trent Bridge: West Indies were just coming off the back of an impressive win against Australia in their previous match. They were the firm favourites to hand Sri Lanka a similar thrashing. But Sri Lanka openers Tillakaratne Dilshan and Sanath Jayasuriya had other ideas as they put on a 124-run stand for the first wicket off just 75 deliveries. Jayasuriya top-scored with 84 and Dilshan eventually finished with 74 as Sri Lanka had set West Indies a target of 193. To everyone’s surprise, Lendl Simmons was outstanding with the ball, finishing with 4 for 19 in his three overs. West Indies fell 15 runs short, despite best of efforts from Dwayne Bravo, who scored a 38-ball 51. Ajantha Mendis was the pick of the bowlers, finishing with 2 for 25.

2.  ICC World T20 2009, Semi-Final at The Oval: Just like the group stage match, West Indies had once again won the toss and elected to field. Dilshan and Jayasuriya once again got Sri Lanka off to a flier. But the day belonged to Dilshan as his unbeaten 96 took Sri Lanka to 158, under tricky conditions. Chasing 159 for a berth in the final, baring Gayle nobody got into double figures. Gayle remained unbeaten on 63 as West Indies were bundled out for just 101 in 17.4 Overs. Sri Lanka with this win advanced to the final, only to lose to Pakistan.

3.  ICC World T20 2010, Group match at Bridgetown: The two teams met once again at the mega event. Sri Lanka won the previous two meetings and would have been quietly confident going into this game. The fans were in for a treat as Mahela Jayawardene (98*) and Kumar Sangakkara (68) stitched together a 166-run stand for the second wicket to help Sri Lanka post a commanding 195 for 3. West Indies never looked to be in the hunt as they lost wickets at regular intervals and as a result were restricted to 138 for 8, conceding the match by 57 runs. Mandis and Lasith Malinga picked up three wickets apiece.

4.  ICC World T20 2012, Group match at Pallekele: West Indies poor run in the World T20s against Sri Lanka continued as they lost yet another match. This time West Indies managed to put just 129 on the board. They were once again restricted by some excellent bowling from Mendis, who finished with 2 for 12 in their four overs. Jayawardene scored an unbeaten 65 and along with Sangakkara (39*) ensured Sri Lanka won the match by nine wickets and 28 deliveries to spare.

5.  ICC World T20 2012, Final at Colombo (RPS): West Indies had lost their group stage against Sri Lanka earlier in the tournament. Hosts Sri Lanka were tipped as favourites to win and lift the trophy in front of their home crowd. It looked very possible at the halfway stage when West Indies managed to put just 137 on the board. Marlon Samuels was outstanding with the bat as he struck 56-ball 78, which included three fours and six sixes. But things did not go according to plan as Sri Lanka were bowled out for just 101, giving West Indies their maiden World T20 crown. Sunil Narine finished with figures of 3 for 9, which included the crucial wicket of top-scorer Jayawardene.

6.  ICC World T20 2014, semi-final at Mirpur: Sri Lanka would have wanted to avenge their defeat in the final of the earlier edition and they did just that. All the batsmen chipped in to take Sri Lanka to a formidable score of 160. West Indies in their reply lost wickets at regular intervals again and to add to their misery, rain started pouring. When they came out to bat, they needed 108 from 13.5 overs and fell short by 27 runs. Sri Lanka made it to the final and went on to beat India in the final to clinch their first ever World T20 title. 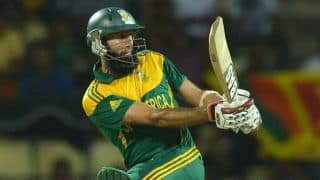 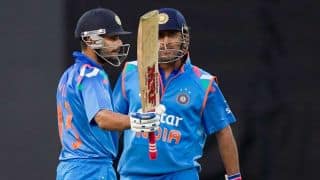