Team India has made a mockery of pre-tournament analysis by the cricketing literati by showing the kind of consistency that truly boggles the mind.

Team India has made a mockery of pre-tournament analysis by the cricketing literati by showing the kind of consistency that truly boggles the mind. The MS Dhoni-powered juggernaut has now traversed into the semi-final of the 2015 World Cup. H Natarajan brings out the compelling facts and figures of the incredible run by the Indian team that has decimated everything in its path.

The Indian bowling was a concern going into the World Cup. But in the seven matches they have played so far, they bowled out every single team — yes, 70 wickets in seven matches! That’s exceptional by any standards for any team. And to those carping critics of Indian team, this was not at home, not even in subcontinent conditions but in Australian conditions.

The three-pronged pace attack of Mohammed Shami, Umesh Yadav and Mohit Sharma has been both productive and economical. Shami has taken 17 wickets from six matches at 13.29 per wicket, getting a wicket once every three overs. By the time the quarter-final ended, he emerged as the highest wicket-taker in the 2015 World Cup till that point of time. Yadav has scalped 14 wickets from seven matches at 17.78, while Mohit has hauled in 11 wickets at 21.72.  The numbers show that the trio has accounted for 41 of the 70 wickets.

Ravichandran Ashwin has provided excellent support as the principal and solitary frontline spinner of the side. He has been as effective as the fast bowlers, capturing 12 wickets at 24 runs per wicket. That economy rate is brilliant in a tournament where 300-plus totals have been plundered — not against India — with monotonous regularity.

4:  Batting — a cohesive and potent force
The entire batting line-up has clicked. Suresh Raina tops the batting charts with average of 69.26, followed by Virat Kohli (60.80), MS Dhoni (57.33), Shikhar Dhawan (52.42) and Rohit Sharma (49.33). Only Ajinkya Rahane in the top six of the Indian batting order is not in the 40+ average category. He averages 32.80, but with an innings of 79 against a qualitative South African attack, has made an impact. Ravindra Jadeja was the only cause for concern in the preliminaries, but he came good in the quarter-final by scoring 23 off 10 balls. Jadeja, however, has not been a passenger, as he has captured nine wickets so far in the tournament.

Four hundreds have been scored by Indian batsmen: Dhawan (2), Kohli, Raina and Rohit Sharma, while Dhoni narrowly missed the mark while remaining unbeaten on 85 under pressure against Zimbabwe. While the sixth batsman [Rahane], as mentioned earlier, has a highest of 79.

The test of any champion team is its ability to overcome pressure situations and assert its supremacy. India has done that in style in every match. The team was under huge crisis against both West Indies and Zimbabwe, but the manner in which the found the men for the occasion speaks volumes for the the inner strength that this team has displayed in this World Cup.

Check the crisis points and how the team tackled it:

Vs Zimbabwe
Four wickets lost for 92 runs.
196 unbeaten runs for the fifth wicket between Raina and Dhoni to take India to victory

Indian players have won all seven man of the match awards in the matches they have played thus far in the 2015 World Cup, with Dhawan pocketing it twice.

Thrice India have batted first in this World Cup, and on all three occasions the team posted 300 or over. And when they batted second, victories have come with plenty of wickets and balls to spare.

In the seven matches they have played so far, the only time the XI was changed was in the match against UAE, due to Shami’s knee injury. Bhuvneshwar Kumar stepped in and bowled five tight overs for 19 runs while taking a wicket. India has a good bench strength in the form of Ambati Rayudu (batsman), Stuart Binny (all-rounder) and Axar Patel (left-arm spinner) who have been reduced to cheerleaders and net bowlers.

The Indian fielding has been razor sharp. The fielders have shown exceptional athleticism and commitment, which has resulted in some crucial run-outs and brilliant catches. Fast bowlers are not known to be great fielders, but Mohit, Yadav and Shami have shown that they are in tune with the demands of modern cricket by being pillars of strength for the team with good foot speed and powerful throwing arms from the outfield.

India had a disastrous Test series followed by a poor outing in the tri-series. The team’s morale would have been quite low, even if they expectedly put up a brave front. This is where having a monk-like Dhoni as the team leader helped the overall situation. If Steve Waugh is “Iceman”, Dhoni is an “Iceberg”. His ability to remain calm in all situations — good, bad or ugly — makes him the Zen Master of cricket. When a team has a leader like that, a lot of pressure is eased on the side. His own batting form has not been great coming into the tournament, but he came good when the team needed most. He succeeded in the crunch situation. But what is most commendable about Dhoni is that it’s over a month and half since his first child was born, a child that he is yet to see. Anybody who has been blessed to become a first-time parent will know the powerful emotions of this once-in-a-lifetime moment. Yet this admirable solider of the country has not even taken a few days off to see his child and return back for national duty. Dhoni has been one of a kind leader by giving his undivided and undiluted attention to the cause of his nation. India is truly blessed to have him in command.

11:  A happy team that revels in each other’s success

A winning team is a happy team. Watching the body language of the Indian team is a joy in itself as they express genuine happiness in each other’s success. And this includes the three players who have had not got a single game to play thus far. 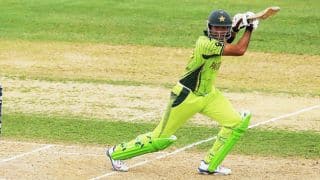