Suresh Raina was all over the internet when he released song for his daughter Gracia.

Suresh Raina was all over the internet when he released a song dedicated to his daughter Gracia. The song is titled Bitiya Rani: it was for the promotion of his wife Priyanka’s radio show. Raina got a lot of applause from his fans and even his teammates.

Gautam Gambhir tweeted admitting how difficult it is to be a woman as they face hardships. He also promoted the show asking fans to join him on the show.

Not easy to be a woman when they face frequent hardships. A Raina not @ImRaina is out to set it right. Join me in wishing Priyanka Raina for her show The Priyanka Raina Show on Red FM every Saturday 9-11 AM,Sunday 2-4 PM #LetsCheerForBitiyaRani @_priyankacraina @RedFMIndia

What a lovely song sung by our own @ImRaina #BITIYARANI lovely voice.. and great lyrics here is the link guys https://t.co/ntl3NR81Pf @RainaPriyanka

The song was released on Youtube on January 6. It has already crossed one lakh views. 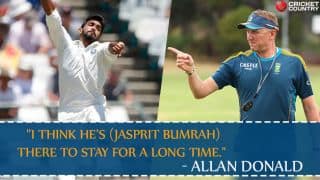