Marshall inflicted fear in people; he himself did not fear anything — not even death.

The mental strength of Malcolm Marshall in overcoming pain barrier has been documented in Criclife.  If you think that was an exception, think again. Rudi Webster — former cricketer, noted sports psychologist and author — narrated an anecdote about Marshall while delivering the keynote address at the 2011 West Indies Players’ Association (WIPA) Awards ceremony. His words will give you goosebumps.

“A couple of months before Malcolm Marshall died from cancer, Desmond Haynes and I played a golf game with him. He was extremely weak and was in great pain during the game. He played poorly and Desmond started to tease him. On the 14th tee, Malcolm told us that he would win the last five holes. We laughed at him and told him he was dreaming.

“Suddenly his swing changed and he went on to win the next four holes. A lucky chip-in by Desmond prevented him from winning the last hole. When I asked him how he turned his game around, he pointed to his head and said, ‘I believe in myself and in my game. In my mind, I saw myself winning those holes and once that happened you were gone.’ ”

Marshall inflicted fear in people; he himself did not fear anything — not even death. 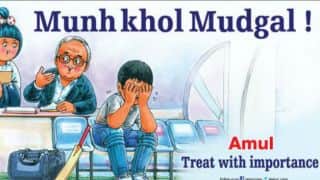 When CAB did a ‘sex change’ on Anjali Tendulkar!