The Hardik Pandya story: Of hard-work and determination

The Hardik Pandya story: Of hard-work and determination

It is time they get to know the rookie Pandya’s story, who is tipped to become a future star.

After winning the final One-Day International (ODI) against Australia, India will start their Twenty20 International (T20I) series with some momentum going their way. The strength added to the squad in the form of reinforcements — senior pros Yuvraj Singh, Harbhajan Singh and Ashish Nehra and a certain Hardik Pandya — will come handy in the series. There is much written about the senior troika till date and fans are well aware of their stories. It is time they get to know the rookie Pandya’s story, who is tipped to become a future star. Recently, in the Syed Mushtaq Ali Trophy, he belted Delhi pacer Akash Sudan for a record-34 runs in an over. Here, he talks to the Indian Express in an exclusive interview and shares his life story. The excerpts are mentioned below:

When you come across Pandya for the first time, you may find him an arrogant brat or a brash youngster. One may think his Indian Premier League (IPL) contract with Mumbai Indians (MI) might have made success get to his head. Also his Caribbean style of walking, studs in his ears and a floppy hat give you the impression of a youngster who is more worried about how he appears than focussing on the game. But as you talk to him, you understand how focussed and determined the young lad is. Video: Hardik Pandya scripts history by smashing 39 runs in an over

His life may have changed after the IPL heroics and riches, but till a few seasons ago, his life was full of struggles. He and his elder brother would eat maggi for Rs 5 by taking hot water from the ground’s gardener all through the year. Maggi was their breakfast as well as lunch, as they would spend most part of the day on the ground. Pandya was in deep debts and whatever money he earned sufficed only for paying the debts. His father Himanshu suffered a third heart attack when he was making it to the Baroda Ranji squad and still runs door to door as passport advisor. Then during the Syed Mushtaq Ali Trophy, his mother also underwent a minor surgery. But with him making it big in cricket, their worries have finally ended. The best part though is Pandya has stayed grounded and handled the success well.

The self-belief and confidence Pandya possesses makes him believe that he is the all-rounder skipper MS Dhoni has been desperately looking for all this while. He feels that the team won’t require an all-rounder now as he is here. He has prepared well and is confident of succeeding in Australia. One might feel that it is his over-confidence, but Pandya has immense faith in himself. He doesn’t care what people think about his chances, because they never had faith in him. They never thought he’d even come this far. But now that he has come, he wants to make the all-rounder’s slot his own.

A very likeable character, Pandya was loved by all during his age group days. With his foray into First-Class cricket and then the IPL, the liking only grew. He becomes a bit nostalgic and remembers the days of struggle, when he always backed himself. Now that he is ready to realise his dream and play for India, the fame and fan-following is bound to soar. For all those who want to know whether he still eats maggi or not? Yes, he still loves it! 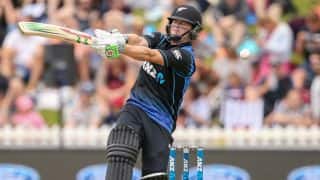 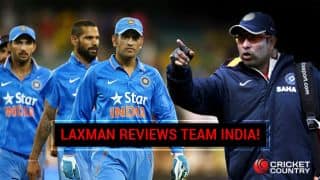 VVS Laxman: A bright victory for India in the last ODI should ensure momentum in T20Is against Australia