People have taken to Twitter to express and criticise Amla for being as slow as a snail.

South African skipper Hashim Amla has accepted the challenge of taking on the Indian bowlers with unmatched confidence. In the ongoing fourth Test at Delhi, India have posted a mammoth target of 481 runs in the fourth innings for South Africa to chase.

As batting in the fourth innings of a Test match in India is always a difficult task, South Africa have a mountain to climb here at Delhi. They have suffered couple of early blows and now have to play almost four sessions to save the day. Amla is out there in the middle and confronting the pumped Indian attack at a very slow rate. He is biding his time and eyeing for a draw it seems.

At present, Amla has played 181 deliveries and scored just 20 runs from them. Indian fans and followers want to see their side going home with a win as early as possible but Amla has other plans. People have taken to Twitter to express and criticise Amla for being as slow as a snail. South Africa are currently 61 for the loss of two wickets from 59 overs, scoring a tad above one run per over.

Just waiting for Hashim Amla to complete his half century. pic.twitter.com/jMdC7HEiW2

Scene from the ground when Hashim Amla is batting. pic.twitter.com/6K4SOzBZrM

Hashim amla is so slow today that i made half Century before him in watching CID episodes back to back.

Hashim Amla score is changing like my salary & ball played by him like my expenses. — हेमन्त सिंह रौतेला (@hemantrautela) December 6, 2015

The only person slower than Hashim Amla is Rajdeep Sardesai. He is still in 2002. #IndvsSA

Hashim Amla is so slow that even BSNL 3G network feels proud.

Indian Has Become So Intolerant They Are Not Letting A Muslim (Hashim Amla) Score Runs. #TweetLikeSagarika #IndvsSA #IndvSA

Hashim Amla inning is so long and slow that it is reminding me of Ramu ki Aag. #IndvsSA — Divya Kr Gupta (@cooldivay) December 6, 2015

.@i_am_mayu007 – I shaved when Hashim Amla came to bat and now my beard has grown up again #IndvsSA #INDvSA

Hashim Amla is playing so slow that even the third empire has changed the channel. #IndVsSA 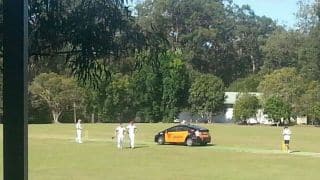 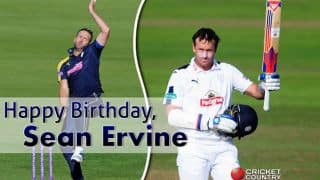