In this video, Dravid confesses the thought of hitting that shot against a pumped-up Donald still gives him Goosebumps.

Former India captain and currently the India ‘A’ and Under-19 coach, Rahul Dravid is known for the virtues of patience and temperament that he possessed in abundance. His technical fluency and solid defence earned him the title of ‘The Wall’ during his playing days. Also Read: Rahul Dravid replies Sehwag, Ashwin, Rahane among others in Twitter Q&A session

However, the Indian stalwart also enjoyed carting sixes. His young fans remember the three consecutive sixes that he hit against England spinner Samit Patel in his only Twenty20 International (T20I) innings in August 2011. However, his fans who followed him in the ‘90s can never forget the sight of Dravid hitting the fast and furious Allan Donald for a six.

It was February 1997, when in the final of Standard Bank International One-Day Series against South Africa in Durban, Dravid played a splendid knock of 84. Though India fell short of the target by 17 runs, Dravid’s six off Donald got etched in his fans’ memory forever. In this video, Dravid confesses the thought of hitting that shot against a pumped-up Donald still gives him Goosebumps. Listen it from the horse’s mouth here: 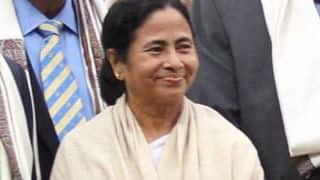