Bairstow has been in incredible form throughout the series and has contributed well in all the games.

English Test wicketkeeper Jonny Bairstow has had enough fun in the ongoing Test series against Sri Lanka at home, with the bat as well as off the field. It seems Bairstow during the third Test at Lord’s was trying to solve Sudoku while sitting in the balcony but his expression says he was not having a good time in solving the mysterious puzzle. Legendary Australian cricketer Shane Warne was in the commentary box who spotted Bairstow and also poked fun at him by saying that the English keeper has been on the front page since Day 1 of the Test at Lord’s. Bairstow replied to this gesture with a huge smile and the moment was captivating. Relive the moment here as England cricket posted the video on their official Instagram handle and captioned it with: “He’s probably been on the first page all series.” @shanewarne23has a laugh with @jbairstow21 #sudoku #cricket #engvsl” READ MORE: India tour of Zimbabwe 2nd ODI, Pick of the tweets: Zimbabwe vs India at Harare

Bairstow has been in incredible form throughout the series and has contributed well in all the games. The match is evenly poised at the moment as England have set a hefty target of 362 runs for England to chase in the fourth innings. Sri Lanka were 32 for no loss at stumps on Day 4 and have a huge task in hand to hunt down the target. Bairstow smashed an unbeaten 167 in the first innings and played a good hand of 32 in the second. The battle will resume on Day 5 and one can expect more such instances to occur and Bairstow will certainly eye to crack the Sudoku mystery. LIVE Streaming, ZIM vs IND, 2nd ODI: Watch Live Telecast of Zimbabwe vs India at Harare on Ten Sports 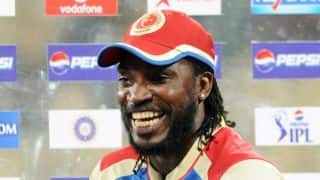