Clarke and Haddin certainly got their dividends paid when they were seen taking the lap of honour during the 5th ODI between Australia and India at SCG.

Michael Clarke called it a day from international cricket after the 2015 Ashes in England. He was one of the most prolific run-scorers for Australia and did a remarkable job as a captain. Brad Haddin too hung his boots after the Ashes along with some more established Australian players.

A lap of honour is a prestigious moment for every cricketer and they rightly deserve it for their outstanding services to cricket. Clarke and Haddin certainly got their dividends paid when they were seen taking the lap of honour during the fifth and the final One-Day International (ODI) between Australia and India at Sydney Cricket Ground (SCG).

The moment was historic and will be remembered for generations. The video was posted by cricket.com.au on YouTube channel. Both the cricketers were accompanied by their respective families and that was surely a captivating moment.

Both Clarke and Haddin will be remembered for their great run in cricket and are indubitably one of the greats to have played the gentlemen’s game of cricket. 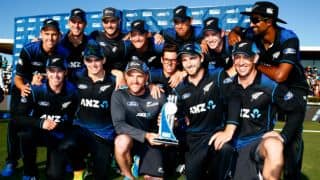 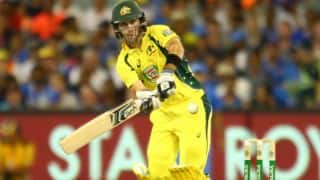