When Harbhajan speaks in Tamil and Ashwin in Punjabi.

When Harbhajan Singh and Ravichandran Ashwin have a bowl, they trouble the batsmen world over with their loop and turn. The Indian tweakers make the best of the batsmen dance to their tunes and win matches for their team single-handedly.

Though the two of them have not got a chance to bowl in tandem of late, they came together off the park for an interesting tongue-twisting session. The official Twitter handle of BCCI captured them speaking in each others’ language, ie, Tamil and Punjabi. Harbhajan, a Sikh, spoke a sentence in Tamil in a hilarious way, while Ashwin twisted his tongue while repeating a Punjabi sentence.

This made for an interesting view, as both the spinners were on a laughing spree in the short video. Their fans, who will enjoy the video, have more joy in store as the BCCI tweet promise to release a full video of this laugh riot soon. So, enjoy this short video and keep watching the space for more. 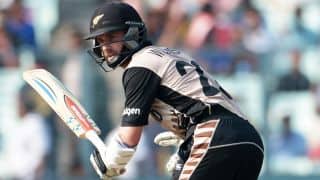 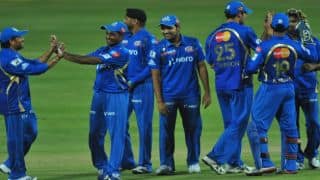