Warner suffered an ugly blow on his left hand but the consequences were not serious.

David Warner is well-known for his maverick and powerful hitting at the top and has been intimidating with the bat in hand. As he’s a good improviser of the cricket ball he has the tendency to get injured while executing a stroke. The ball travels at  a menacing pace and causes immense pain when strikes the batsman.

In the ongoing fifth and the final One-Day International (ODI) between Australia and India at Sydney, Warner suffered an ugly blow on his left hand but the consequences were not serious. India’s debutant bowler Jasprit Bumrah was putting in the hard yards and tested Warner with a short pitched delivery. Warner accepted the challenge and in an attempt to play it over the mid-wicket, he missed it completely as the ball struck his right hand. The impact seemed to have so brutal that Warner was not able to hold on to his grounds and was seen on the floor.

Moments later, the pocket dynamite was up and seen batting with elegance. Warner scored his fifth ODI century in the game today and his first against India. Australia is in a dominating position at the moment and have a clean chance to whitewash India in the five-match series.. 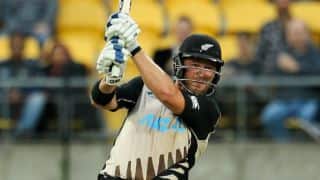 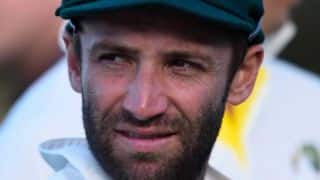