At the post-match presentation, winning captain Zaheer used an-out-of-context random word and dedicated it to Morris.

Delhi Daredevils (DD) are on a song in the ninth edition of Indian Premier League (IPL). The side which was hovering around the bottom in past few editions has quite miraculously changed its fortunes this year. A rejuvenated side under new skipper Zaheer Khan, who is playing in his last IPL, and mentor Rahul Dravid, the DD are currently sitting at the second place on the points table.

A lot of its credit goes to the team bonding and the camaraderie amongst the players. Skipper Zaheer has been instrumental in this regard as he has handled the youngsters pretty well and has helped the overseas players gel up with the unit. South African pacer Chris Morris, who has quickly become an integral part of DD set-up, also shares a great bond with Zaheer.

This was evident on Tuesday during the DD – Gujarat Lions (GL) match at Rajkot which DD won comprehensively. At the post-match presentation, winning captain Zaheer used an-out-of-context random word and dedicated it to Morris, who had actually asked his captain to do so. The reason behind its usage remains a mystery. Watch what Zaheer said during the presentation ceremony here: 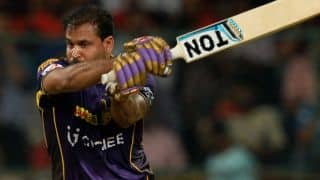 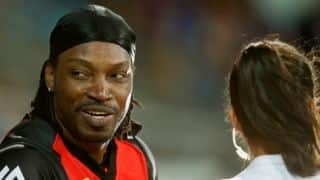