Sakshi's efforts have been lauded all over the country but former cricketer Virender Sehwag made an impactful statement while wishing the young Indian wrestler.

Finally the much-awaited moment arrived for India. The country managed to bag their first medal in the Rio Olympics, 23-year-old, Sakshi Malik has won India’s first medal at this year’s Olympic Games after a storming comeback in the final moments against Kyrgyzstan’s Aisuluu Tynybekova. With this bronze in 58 kg wrestling category, India are off the mark in the medal tally and are placed at 70th position.

Sakshi’s efforts have been lauded all over the country but former cricketer Virender Sehwag made an impactful statement while wishing the young Indian wrestler. Sehwag, one of the greatest openers in Test cricket, is known for his witty tweets which has made him an internet sensation. ALSO READ: Virender ‘witty’ Sehwag remembers Suraj Randiv’s ‘deliberate’ no-ball act that deprived him of his hundred

The North India, a region from where Sehwag hails from, suffers from the heinous act of female foeticide. Such is the obsession for a male child that some regions suffer from the imbalance of  sex ratio.

Sehwag’s first tweet congratulates Sakshi in a witty way. A translation for it would be, “The whole India is witness to the fact that in dire times, it is the nation’s daughters who rule.” He has brilliantly played around with the words in Hindi.

That is not all. The second tweet is an impactful one, especially in a nation where in many regions, girls are deprived of many privileges.

#SakshiMalik is a reminder of what cn happn if u don’t kill a girl child.When d going gets tough,its our girls who get going &save our pride

While Sakshi has made India proud with her achievements, Sehwag has done the same with his views. 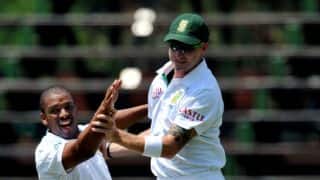 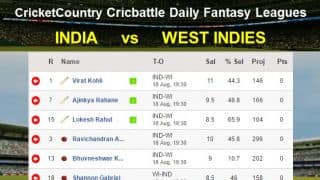