Sehwag enjoys massive fan following and has showed immense concern towards sensitive issues in the society.

Virender Sehwag is undoubtedly one of the wittiest and active cricketers on social media. He is very active and has been entertaining in the commentary box too. Sehwag is often seen taking a dig at his old rivals and encouraging budding talents. He enjoys massive fan following and has showed immense concern towards sensitive issues in the society. READ MORE: Wasim Akram: 14 facts you should know about the legendary Pakistani

The defense personnel sacrifice many things to ensure that people in their country are safe, they hardly care about their lives fight for the country and pride. In a recent incident at Pathankot, a heavily armored group launched an attack at the Pathankot Air Force Station. Some were martyred while some army man suffered brutal injuries. READ MORE: Gayle is Hulk, Kohli is Captain America; Guess who play Iron Man and Spider man in RCB’s Avengers?

Commando Shailesh Gaur, a brave heart who took six bullets in his chest but held on to his post. Gaur has now recovered well and back on duty to serve the nation once again. Sehwag honored his effort and tweeted with a beautiful collage of him in different situations. He tweeted:

VVS Laxman and Harbhajan Singh also tagged along with Sehwag and tweeted:

It’s great to see cricketers standing for defense personnel as they remain the unsung heroes of the country. Sehwag, Laxman and Harbhajan have certainly won billions of hearts with this gesture. Salute Shailesh Gaur! 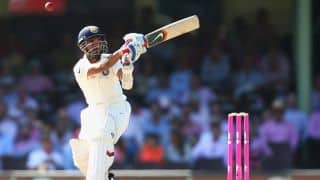