Michelle Mone, the Ultimo bra tycoon, reveals that Shane Warne had asked her, "Can we go to the bedroom," at their very first meeting — a request which she denied.

Michelle Mone, the Ultimo bra tycoon, reveals that Shane Warne had asked her, “Can we go to the bedroom,” at their very first meeting — a request which she denied.

The 43-year-old Michelle, who is coming up with her memoirs, ‘My Fight To The Top’, says that she was “fixed up” with the 45-year-old cricketer through mutual friend, former England captain Michael Vaughan. This was about the time her 22-year-old marriage had ended.

Michelle was angered to see Warne’s pictures with Liz Hurley on Valentine Day but gave him the benefit of doubt and met him later at her five-star Dorchester Hotel suite in London a day later where he came with a bottle of champagne. [Shane Warnes nine sensational sexcapades]

Michelle was quoted in Daily Mail, “I wondered whether he was two-timing me. The following evening, I got all dressed up in my suite at the Dorchester hotel, before receiving a text at 7.45 pm, 15 minutes after he was supposed to meet me, saying he couldn’t make it. I was furious, and even more so the next morning when I saw newspaper photographs of him getting out of a car with Liz. Later that day, when he asked if he could come and see me, I almost said no, but he insisted so vehemently that nothing was going on between them that I gave him the benefit of the doubt. Since paparazzi were hanging around the hotel for the BAFTA Awards, we agreed that he should come to my suite which had a lounge where we could sit and chat. Finally, after all that build-up, he walked in. We opened a bottle of champagne and talked, but it wasn’t the sort of conversation I’d expected. He chain-smoked about 35 cigarettes — and I hate smoking — and after about an hour he got restless. “Can we go next door to the bedroom?” he asked suggestively. I made it clear that I was not that kind of girl and, besides, though he’s a nice, fun guy, he wasn’t my type in the end. He was a bit too wild for me. 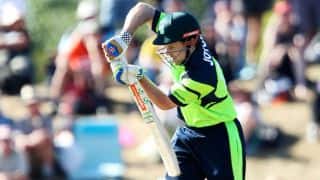