When Virat Kohli and his men returned to the team hotel after the series win, they were greeted by India's travelling fan base called the Bharat Army. The team was greeted with song and dance and Indian captain Kohli joined in.

Virat Kohli-led India have clinched their first Test series in Australia. The Indian team celebrated the win with a victory dance at SCG. However, the celebrations seem to have just started.

When Virat Kohli and his men returned to the team hotel after the series win, they were greeted by India’s travelling fan base called the Bharat Army. The team was greeted with song and dance and Indian captain Kohli joined in.

A video posted by the Board of Control for Cricket in India (BCCI) on Twitter shows the Indian team and captain Virat Kohli dance to “Mere Desh Ki Dharti” with the fans.

Get those feet tapping. The Bharat Army gave the team a welcome in their own style – and needless to say, #TeamIndia joined in – – @28anand gets us visuals straight from the hotel

Cheteshwar Pujara has done everything right in the Test series against Australia but dance, and India skipper Virat Kohli said Monday the unassuming batsman’s utter failure in shaking a leg reflected his simplicity.

Kohli, who was part of the impromptu jig in which the run-machine struggled, coined it the ‘Pujara dance’.

Pujara amassed 521 runs and won the Man of the Series award in India’s maiden Test series triumph in Australia, but came a cropper when it came to dancing.

“That was the Pujara dance because when he walks he doesn’t move his hands,” Kohli said with a smile at the post-match press conference.

“It was an extension of his walk. You’ll have to ask Rishabh Pant that, he came up with that and we just went along. I don’t know what he was trying to do to be honest. It just felt good, it was very easy but Pujara could not even do that. You can see how simple he is.”

The young wicketkeeper-batsman led his India teammates to an impromptu dance after wrapping up the historic win Down Under. With three centuries, Pujara finished as the top scorer in the series from both sides.

This has been a fine turnaround for Pujara, who had struggled in Australia four years ago and was also left out of the playing XI for a Test in England last summer. 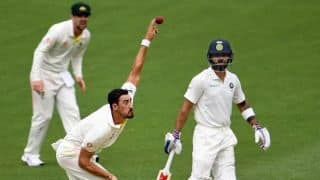 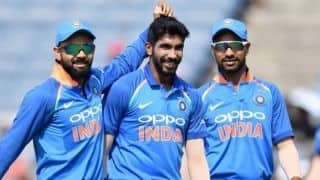