Middle of 2013 IPL season, the then Mumbai Indians (MI) skipper Ricky Ponting was going through a rough patch and decided to drop himself. Rohit Sharma was appointed the skipper and led MI to their maiden IPL trophy.

Australian legend Ricky Ponting joined the Mumbai Indians (MI) camp as their new skipper in 2013. He was going through a rough patch and decided to drop himself. Rohit Sharma was appointed the skipper and led MI to their maiden Indian Premier League (IPL) trophy. Ponting joined the side as its Head Coach in 2015. Under his guidance and Rohit’s leadership, MI clinched the trophy again in 2015. READ MORE: Twitter reactions: Mumbai Indians lift the IPL trophy for the second time

While Rohit is a very successful skipper at the IPL level, his name is not discussed at the national level. Virat Kohli is the Test skipper and in time to come, he is expected to take over the reins from MS Dhoni in shorter formats. In an interview with Times of India, MI coach Ponting, was asked about Rohit’s captaincy.

Praising his success, Ponting quipped, “How many captains have won two titles in the IPL? MS [Dhoni]? Gautam [Gambhir]… and? So, he must be doing something right.”

Talking about Rohit’s contrasting personality, on and off the pitch, the former Australian skipper said, “You probably know how he is, a shy , reserved sort of a guy . He is the sort, who likes to soak in information and that is a great quality. And, when he is on the field, he is another beast altogether — animated, loud, getting things done.

He is very direct with his players, he gets his point across and it is our job in the meetings to give him the right information. To top it, he is one of the best players in this format and I think we have seen that quite often through this tournament once again.”

Ponting admitted that he was concerned about Rohit’s off-form during the ICC World T20 and he asked the MI skipper some tough questions on the same.

“He just shook it off and said “no“ (I’ll be fine),” recalled Ponting, before going on to praise his leadership style, “A format like this one needs a strong leader because quick, strong decisions have to be taken constantly and Rohit is a great choice for us. Tactically how a captain makes a difference matters a lot and all I could say is that Rohit is very much in tune with that.” 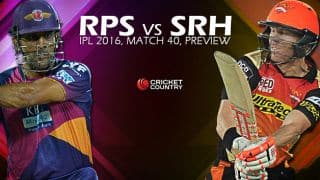 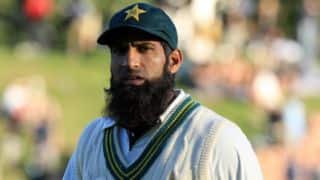