Wonder how Axar Patel got that “x” in his name

People wonder how Axar Patel got that “x” in his name. Apparently, it was the handiwork of an uneducated ward boy in Anand, Gujarat, where Axar was born — an error that his parents, father Rajesh and mother Preeti Ben have been tried to correct the mistake in vain.

“The birth certificate had this name — Axar. I tried very hard to change this to Akshar but could not succeed as the hospital was not willing to change. That’s how it stuck. Also, the school-leaving certificate was based on this birth certificate and all resulting documents — passport, drivers’ license had Axar Patel. But, my son still keeps his ‘original name’ in bank documents and his Facebook account too reads Akshar,” Axar’s father Rajesh told journalist Bipin Dani.

Axar’s mess-up with the name takes the mind to how Vijay Merchant got his surname. Click here for more on that story. 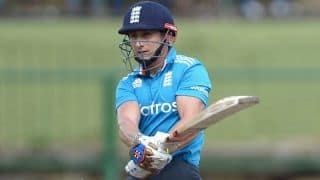