Dhoni took some time out of his schedule to visit the sets of the film.

The biopic on India’s limited-overs skipper MS Dhoni is being currently under production. Young heartthrob Sushant Singh Rajput is essaying the role of India’s ‘captain cool’ in the movie, while veteran actor Anupam Kher will be seen in the role of Dhoni’s father Pan Singh in the film.

Dhoni, who is currently playing the Vijay Hazare Trophy for his state team Jharkhand after eight years, took some time out of his schedule to visit the sets of the film. The entire team of the movie was pleasantly surprised to find the real Dhoni on the set and an ecstatic Kher immediately took to Twitter to share the photograph of the cricketer along with on-screen Dhoni — Sushant.

“Lara, our camera attendant was happiest to meet @msdhoni on the sets of biopic on his life. @itsSSR is equally happy,” Kher tweeted.

Lara, our camera attendant was happiest 2 meet @msdhoni on d sets of biopic on his life. @itsSSR is equally happy.:) pic.twitter.com/hGYXhFe7Da

The biopic, “MS Dhoni: The Untold Story”, which will release next year, is being currently shot in Ranchi. The movie is being made by Neeraj Pandey. 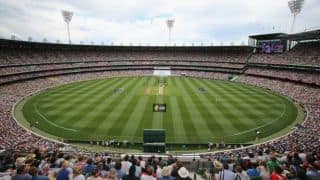 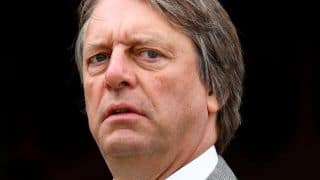