The heat of the moment gets the better of even the coolest of cricketers and Rahul Dravid, yes even Rahul Dravid is no exception.

It is really difficult to maintain composure for a sportsperson when he is on the field representing his nation. There are moments when the opposition players or circumstances get under their skin, leaving them annoyed. The heat of the moment gets the better of even the coolest of cricketers and Rahul Dravid, yes even Rahul Dravid is no exception. ALSO READ: Video: The only time when ‘The Wall’ Rahul Dravid got breached.

The former captain of the Indian team and a legendary batsman is mostly remembered for his calm demeanour and ice-cool temper on the cricket field. However, even Dravid lost his temper once in the dressing room. This incident was once famously revealed by his wife Vijeta in a piece she wrote for ESPNCricinfo.

Narrating the incident, Vijeta wrote, “Only once, I remember, he [Dravid] returned from a Test and said, “I got a bit angry today. I lost my temper. Shouldn’t have done that.” He wouldn’t say more. Many months later, Viru [Sehwag] told me that he’d actually thrown a chair after a defeat to England in Mumbai. He’d thrown the chair, Viru said, not because the team had lost but because they had lost very badly.” ALSO READ: When hotel guests complained about weird noises coming from Rahul Dravid’s room.

The incident refers to the third Test between India and England from the latter’s 2006 tour. It was being played in Mumbai and India went on to lose it by 212 runs. What was more disappointing than the loss was the manner in which it came. Chasing 313, India were bundled out for a paltry 100 in the final innings of the game. Dravid, who was the skipper back then, himself contributed just 9 in that innings. With the loss, India also gave away the lead to draw the series 1-1. It also remains perhaps the only occasion when Sachin Tendulkar was booed on his own homeground.

No wonder a disappointed Dravid behaved in that manner and threw the chair. Hopefully, it did not hurt any cricketer. 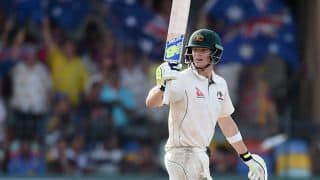 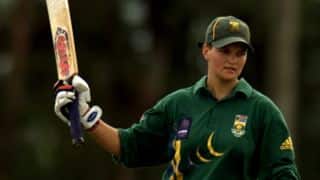