Chennai are back in the Indian T20 league after span of 2 years. They made a dramatic entry in the tournament by snatching the victory from Mumbai by a wicket. Chennai fans have been eagerly waiting for this moment since two years and now when the moment has arrived Chennai are battling political issues with regards to the Cauvery controversy.

Keeping in mind the ongoing protests, the Chennai vs Kolkata clash on Tuesday is expected to take place amid high securities. The Tamil Nadu government has also issued certain rules and regulations for the fans attending the match like no banners and phones allowed, appropriate clothes to be worn and others.

The Tamil Nadu state cricketer and Kolkata captain Dinesh Karthik felt awkward coming to his home town amidst tight security. He mentioned the same over his tweet on Monday:

Feels different to come to Chennai and have so much security around mepic.twitter.com/PWhZZkAP1Z

The Supreme Court had said that it would hear the Cauvery water distribution issue on May 3 and asked the centre to file a draft scheme on the same day. 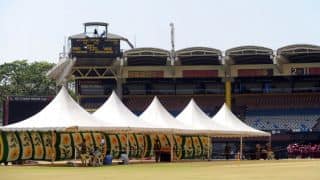 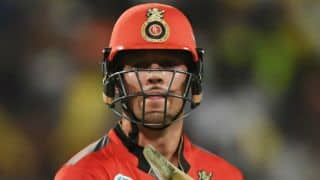